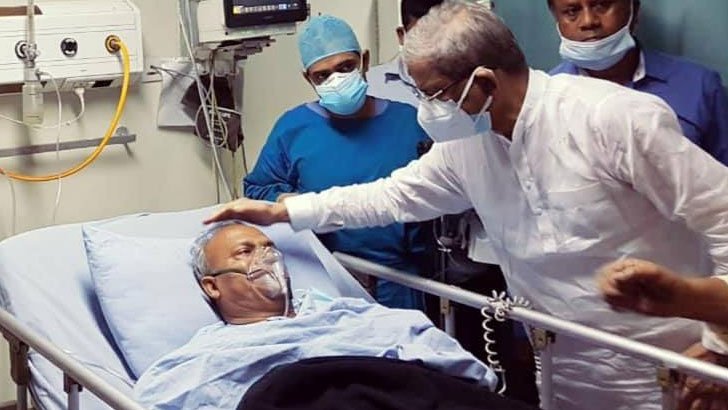 BNP Senior Secretary General Ruhul Kabir Rizvi, who is now undergoing treatment at a hospital in the capital, may return to his residence as his health condition has improved a lot.

Arifur Rahman Tushar, personal assistant of Rizvi, came up with information while talking to journalist on Saturday.

Tushar said the health condition of Ruhul Kabir Rizvi is improving. He may get release from the hospital within a day or two.

“But he will have to undergo an angiogram test taking admission to hospital after three weeks. Before that, an MPI test is required for him from Bangabandhu Sheikh Mujib Medical University,” Tushar added.

Mentionable, Ruhul Kabir Rizvi suffered from illness on October 14 after attending an event at National Press Club in the capital. He was taken first to Islami Bank Hospital. Later, he was shifted to Lab Aid Hospital at Dhanmondi in the capital.