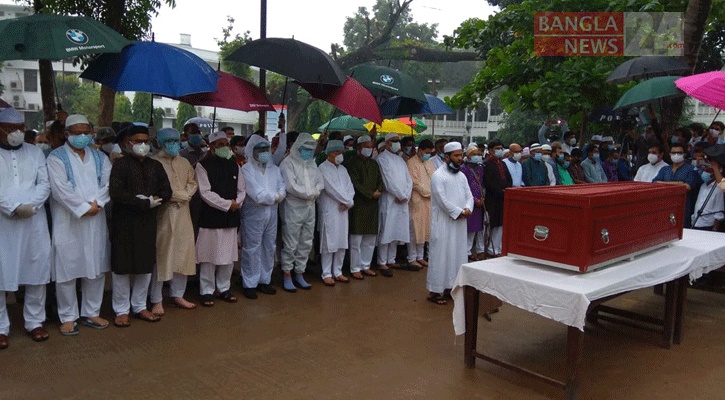 Eminent lawyer and former Attorney General Barrister Rafique-ul-Huq has been laid to eternal rest at Banani graveyard in Dhaka.

He was buried after his third namaz-e-janaza, which was held on the Supreme Court premises at 2:00 pm on Saturday.

Barrister Rafique, who had dealt with many high-profile cases during his legal career, breathed his last at Ad-Din Women's Medical College Hospital in the city at around 8:30.

He left behind his son Barrister Fahim-ul Haq. His wife died in 2011.

Rafique-ul Huq was then put on life support at the hospital on October 18. However, he tested negative for coronavirus.

Suffering from different diseases, including anemia, the eminent lawyer had been undergoing treatment under Dr Richmond Roland Gomage.

He underwent a surgery on his left knee in 2017 and had been unable to move normally since then.