There is no alternative to print media: Naem Nizam 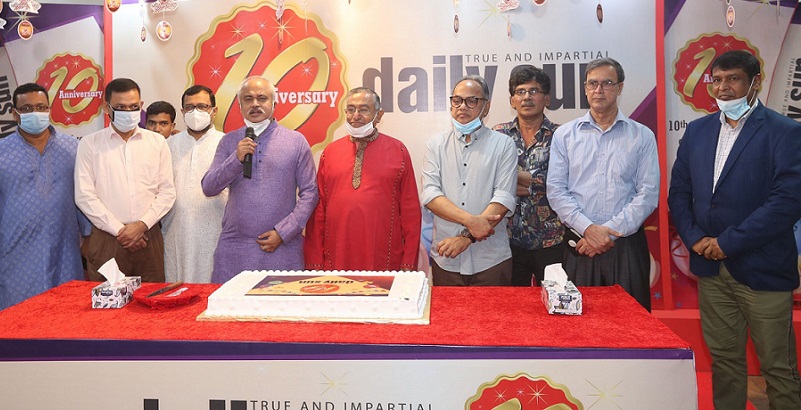 Highlighting importance to print media, Bangladesh Pratidin Editor Naem Nizam said there is no alternative to print version of the newspapers being a perpetual piece of document and evidence.

The western world which earlier shifted to online portal has returned to print version due to this reason, he said.

He came up with the remark while addressing a function marking the English newspaper Daily Sun’s 10th anniversary at its office Saturday morning.

Prophesies of many experts that online news portals will take the place of print version are not coming true, he said, adding many newspapers in the developed countries, including the USA, are returning to print version.

After the emergence of online media platforms, many specialists feared that it would ensure death of print versions of newspapers, he further said.

But, now the concerns have disappeared as the readers all over the world can understand the significance of hardcopy of the newspapers for its unique touch and flavour, he concluded.

Daily Sun Editor Enamul Hoque Chowdhury along with Bangladesh Pratidin Editor Naem Nizam and Kaler Kantho Editor Imdadul Haq Milan cut a cake at the office at the Bashundhara Residential Area in the capital on the occasion.