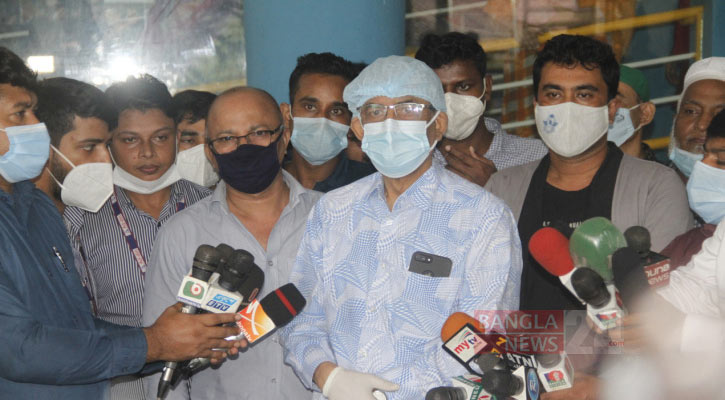 BNP on Saturday paid last respect to prominent lawyer Barrister Rafique-ul Haq as he died at a hospital in the capital.

On behalf of the party, its secretary general Mirza Fakhrul Islam Alamgir paid tribute to the noted jurist at Ad-Din Women's Medical College Hospital in the city by standing in solemn silence for a while in front of the mortal remains of Rafique-ul-Huq.

Talking to reporters, Fakhrul later said the demise of Rafique-ul Huq is a big blow to the country's judiciary. "The big void created with his death will not easily be filled."

He said there is a lack of lawyers like Rafique-ul-Huq in the country. "We’ll miss him. He always stood by the oppressed and provided them with legal support."

Fakhrul said the noted lawyer spent a huge amount of his income on serving people. "He was the chairman of this hospital (Ad-Din) and he contributed a lot to the cancer hospital. He also provided money for setting up the entire ICU of its diabetic hospital."

He said the renowned lawyer also played roles in setting up different hospitals and educational institutions and upgrading their services and standards.

"On behalf of BNP and its chairperson Khaleda Zia and acting chairman Tarique Rahman, we pay our respects to him and pray for the salvation of his departed soul. We pray to Almighty Allah to grant him Jannah."

Barrister Rafique-ul-Huq, who had been suffering from old age complications, breathed his last around 8:30 am at Ad-Din Women's Medical College Hospital at the age of 85.

His first Namaz-e-janaza was held on the premises of Ad-Din Hospital mosque attended by Fakhrul, doctors, health workers of the hospital and people from all walks of life around 10:30am.

He will be buried at Banani Graveyard.