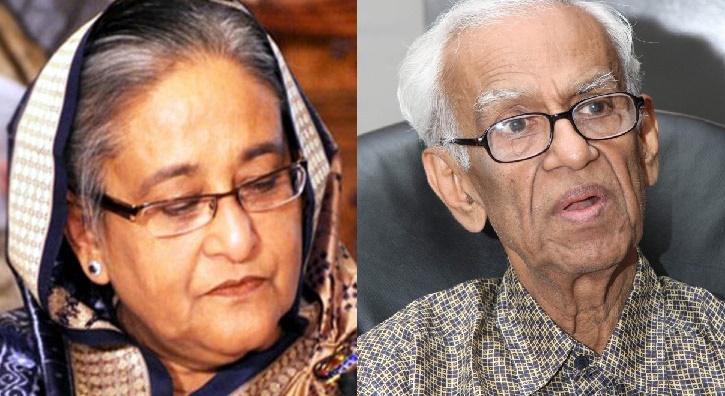 Prime Minister Sheikh Hasina on Saturday expressed profound shock and sorrow at the demise of senior lawyer of the Supreme Court Barrister Rafique-ul-Huq.

In a message of condolence, the premier said, “Barrister Rafique-ul-Huq used to give advices on important issues regarding the Constitution.”

The prime minister recalled Barrister Rafique’s role with due gratitude as he came forward to fight legal battle to make her released from the jail following her arrest in 2007 by the then caretaker government in false case.

She prayed for eternal peace of the departed soul and conveyed sympathy to the bereaved family members.

Barrister Rafique breathed his last at 8:30 in the morning while undergoing treatment at ICU in Ad-Deen Hospital here. He was 85