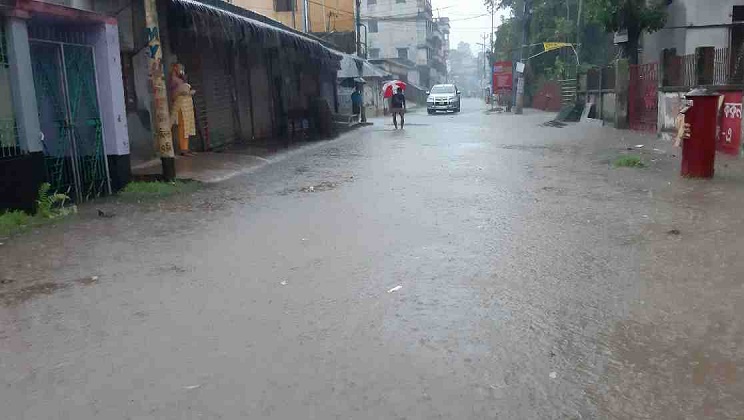 Incessant rain for the past two days has marooned around 38,000 people in different areas of Bagerhat district imposing huge sufferings to the locals on Friday.

Large numbers of shrimp enclosures have been swept away in the rainwater, triggering commercial losses alongside hazards on public life.

The rain with gusty wind started early Thursday and continued more-or-less unabated till Friday night,due to a depression over the Bay, locals said.

Bagerhat Agriculture Extension Department Deputy Director Sanjay Kumar said that 68.66 millimeter rain was recorded in 24 hours since 6 am on Thursday morning in the district.

Upazila Nirbahi Officers have been asked to make lists after measuring damages caused by the rain water, DC said.

Rampal UNO Shadha Kumar said at least 1200 families have been marooned in the rain water while Mongla UNO Kamlesh Majumdar said they are collecting information to measure the effects of the water stagnation.

Meanwhile, many parts of the country are experiencing light to moderate rain which is likely to continue for the next 24 hours due to a depression over the Bay, the Met Office said Friday.

The Met Office on Friday advised maritime ports to hoist local cautionary signal number 4 and warned that low-lying coastal areas could be inundated by tidal surges of three to five feet height above the normal astronomical tide under the depression’s influence.

All fishing boats and trawlers over the North Bay and deep sea have been advised to remain in shelter until further notice.