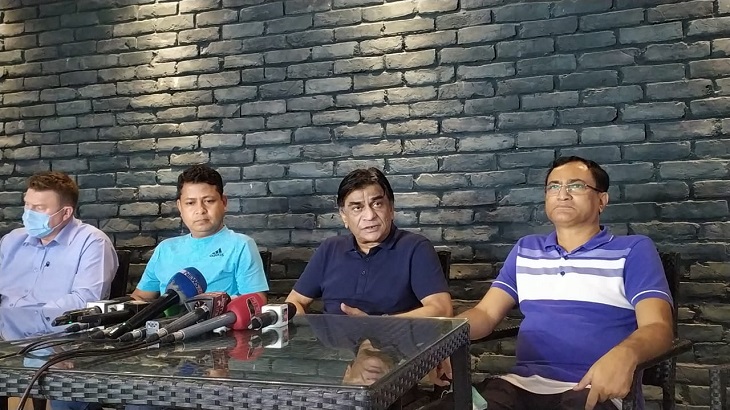 Bangladesh Football Federation (BFF) president Kazi Salahuddin said that they are planning to run a long-term project with Fortis to develop age-level teams at BFF-Fortis Football Academy. The BFF chief on Friday visited the academy with aiming to resume its activities after a long break.

“Last year a team, under the joint supervision of BFF and Fortis, became champions in the UEFA assist tournament. Based on this success, we plan to run a long-term project with them. The BFF development committee and Fortis are working on it. I want to run the project for 8 to 10 years, but it depends on Fortis,” Salahuddin told media.

“We don't pay money to Fortis for ground and accommodations. Even, the federation didn’t bear the contract amount of foreign coaches. The total cost is Tk 5-6 crore. Last year, K-sports, Fortis and we shared the amount. If BFF arranges the amount this time, we will make a kind of contact. If not, then there will be another kind of negotiation,” he added.

Fortis Football Academy had been at a standstill since November or December last year. The academy was expected to reopen in February after its yearly breaks, but the pandemic outbreak forced it to extend breaks. BFF’s contracts with the academy’s three British coaches -- Andrew Peter Turner, Robert Martin Ryles and Robert Andrew Mimms -- ended last May. BFF hadn’t extended contracts with them.

With the help of Fortis Group, BFF sets up the academy at the city’s Beraid area in April last year with the goals to form a strong pipeline for the national team and to develop the country's grassroots football. There are now a total of 56 footballers from two age categories in the academy -- U15/16 and U18/19 who have been out of football since the annual break last year. Needless to say the BFF football academy plays an important role in grassroot football.

This year, SAFF was expected to hold the boys U-15 Championship in August, but the competition was postponed until October due to pandemic crises in the South Asian region. SAFF committee has already postponed SAFF Championship until 2021, but they haven’t taken decisions on the age-level competition.