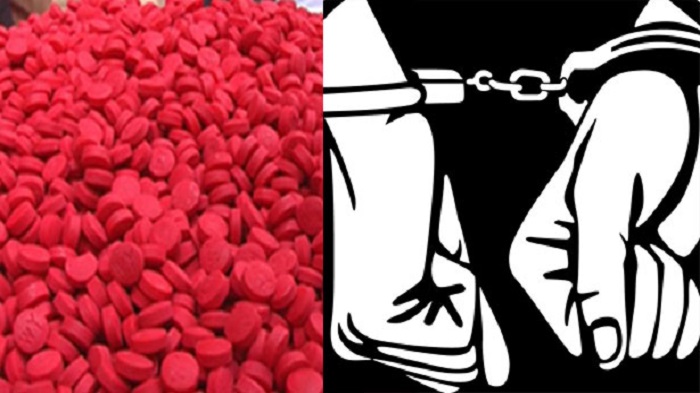 Members of Rapid Action Battalion (RAB) arrested a bus helper with 28,650 pieces of contraband yaba tablets from the bypass road area under Patiya upazila of Chattogram on Friday.

The arrested was identified as Shariful Islam, 32, a helper of BRTC bus and also a son of Abdul Alim, hailed from Cumilla district.

Acting on a tip-off, a team of the RAB-7 conducted a raid in the bypass road area around 2.30 am and nabbed Shariful Islam, said Assistant Director (media) of RAB-7.

The elite force recovered 28,650 pieces of contraband yaba tablets from his possession, he added.

A case was lodged with Patiya thana and the arrested person along with the contraband items was handed over to the police this evening.