None goes to bed hungry in Bangladesh: Agriculture Minister 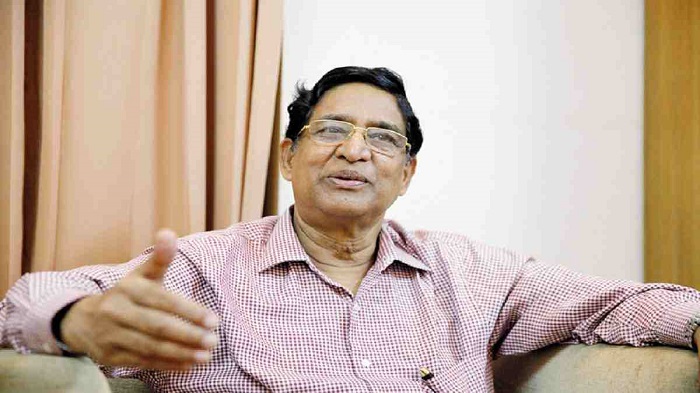 Agriculture Minister Dr Abdur Razzaque on Friday said that currently, no one is starving thanks to agriculture friendly policy of the prime minister amid the Coronavirus pandemic.

He came up with the remarks as the chief guest of a programme at Diploma Krishibid Institution.

“The government’s farmer and agriculture-friendly policy, providing subsidy in irrigation, fertiliser, and seeds, and new invention have fetched unprecedented advancement in agriculture and food production,” he said.

Farmers are the front-row soldiers for the agricultural development of the country, he said, adding: “Diploma agriculturists are also frontline soldiers just like farmers. They have great contributions.”

He also assured of fulfilling the demands of diploma agriculturists which include post, promotion, and providing motorcycle for work.

Meanwhile, this year's flood has damaged crops on over 1.58 lakh hectares of lands, causing losses worth Tk 1,323 crore.

Approximately 2.57 hectares of paddy fields were inundated that affected 1,272,151 farmers in 37 districts, Razzaque said in August.

He also asked all officials of the ministry to be prepared for the second wave of Coronavirus outbreak that is likely to hit the country in the upcoming winter.

Earlier, a meeting on agriculture production and stock was held at the Ganobhaban on Thursday with Prime Minister Sheikh Hasina in the chair.

The meeting reviewed the country’s food production during the flood situation, particularly in the coming Aman season. It also discussed implementation of 21 incentive packages declared by the government to face the losses due to COVID-19.