US slaps new sanctions on Iran groups for election 'interference' 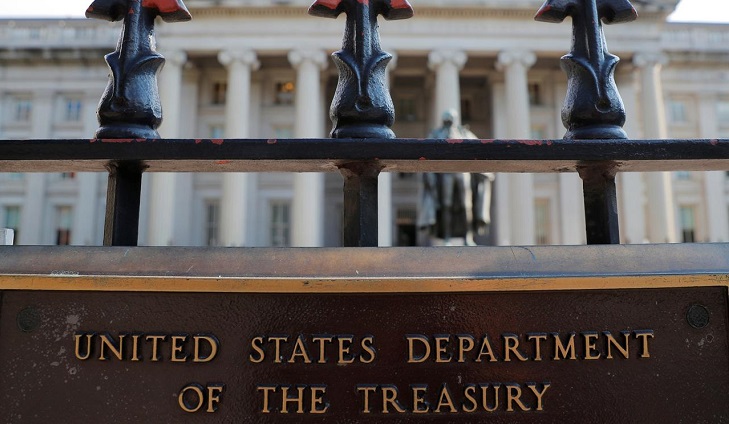 The United States on Thursday slapped new sanctions on five Iranian entities for what it called "brazen attempts" to interfere with the US election.

Stepping up pressure after US intelligence pointed the finger at both Iran and Russia, the Treasury Department accused the Iranian groups of seeking to spread disinformation and division ahead of the November 3 vote.

The groups have worked to "sow discord among the voting populace by spreading disinformation online and executing malign influence operations aimed at misleading US voters," the Treasury said.

Bayan Gostar, which the Treasury called an IRGC-Qods Force "front company" for propaganda, took the lead in the activities, it said.

Ahead of the election, "Bayan Gostar personnel have planned to influence the election by exploiting social issues within the United States, including the Covid-19 pandemic, and denigrating US political figures," it said.

"As recently as summer 2020, Bayan Gostar was prepared to execute a series of influence operations directed at the US populace ahead of the presidential election."

The two media groups were part of that operation, it said.

The Treasury gave no specific details on what the Iranians had done, but US social media companies have blocked accounts and postings they determined were part of Iranian government-backed influence efforts related to the election and social issues.

The sanctions, which forbid Americans and US entities from doing business with the Iranian groups, likely have little real impact, as the IRGC and IRGC-Qods Force are already subject to other sweeping sanctions.

The announcement came one day after the US Director of National Intelligence John Ratcliffe fingered Iran as behind recent emails addressed to US voters threatening them to support President Donald Trump and his Republican Party.

The emails appeared to have been sent by a right-wing US militia group, the Proud Boys, but Ratcliffe said Iran was behind them.

Trump stirred controversy in his first debate with his Democratic opponent, Joe Biden, by equivocating on whether he condemns the Proud Boys.

Iran summoned the ambassador of Switzerland, who represents US interests in Tehran in the absence of diplomatic relations, to deny the "fabricated and clumsy" allegations.

US authorities "have put forward a baseless claim on the verge of the country's election so that they would advance their undemocratic and predefined scenario through shifting the blame," Iran's foreign ministry spokesman Saeed Khatibzadeh said in a statement.

The accusations against Iran came after longstanding US concerns about the role of Russia.

Russian President Vladimir Putin has acknowledged favoring Trump in the 2016 election and an investigation by former FBI chief Robert Mueller found evidence that Trump associates cooperated with Moscow, although he said he did not have enough to bring conspiracy charges.

Trump has repeatedly voiced anger at the "Russia hoax," describing it as a way to discredit his election victory.

While Trump has spoken fondly of Putin, his administration has been a sworn enemy of Iran's clerical regime, imposing overwhelming sanctions and withdrawing from a landmark nuclear accord negotiated by former president Barack Obama.

The Treasury Department separately Thursday imposed sanctions against Iran's ambassador to Iraq, where the United States has been working to fight Tehran's influence.

The Treasury alleged Iraj Masjedi was a "close adviser" to Qasem Soleimani, Iran's most powerful general, who was killed in January by a US strike.

Masjedi in response said he was "pleased to hear the news" that the "terrorist and criminal regime of the United States has put me once more on the list of its unjust sanctions alongside 80 million Iranians."

It "has proved the rightfulness of my goals and actions," he told Iran's state news agency IRNA, calling the Guards' Qods Force "a source of pride for all the free people and the Mujahideen fighting in the name of God."