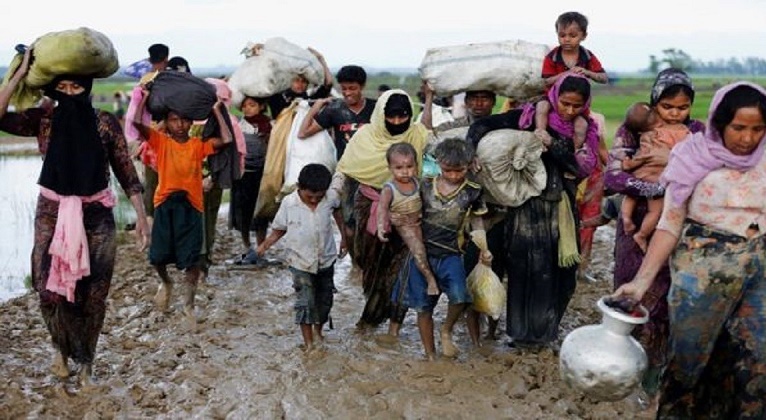 The international community has demonstrated its strong commitment to the humanitarian response with the announcement of funding on Thursday totalling some US$ 600 million, says the UN Refugee agency.

It significantly expands the nearly US$ 636 million in humanitarian assistance already committed so far in 2020 under the Bangladesh Joint Response Plan and the Myanmar Humanitarian Response Plan.

The co-hosts of the conference on sustaining support for the Rohingya Refugee Response came up with the figures in a joint closing announcement on Thursday night.

Since the outbreak of violence in August 2017, a total of nearly US$ 2.8 billion has been provided to the Rohingya crisis response in Myanmar, Bangladesh and the region.

This is in addition to US$ 700 million in development commitments to Bangladesh from the World Bank and the Asian Development Bank.

The voluntary, safe, dignified, and sustainable return of Rohingya refugees and others internally displaced to their places of origin or of their own choosing in Myanmar is the comprehensive solution that the international community seeks along with Rohingya people themselves.

"To resolve the crisis in Myanmar, the government of Myanmar must take steps to address the root causes of the violence and displacement in Rakhine State and  create the conditions for voluntary, safe, dignified, and sustainable returns," said the co-hosts of the conference on sustaining support for the Rohingya Refugee Response in a joint closing announcement on Thursday night.

To that end, they underscored the UN Secretary General’s call for a global ceasefire and the cessation of fighting to enable safe and unimpeded humanitarian access to all communities in need of assistance.

This includes providing a pathway to citizenship and freedom of movement for Rohingya, guided by the Advisory Commission on Rakhine State’s recommendations and encouraged and supported by countries in the region.

"Myanmar must provide justice for the victims of human rights abuses and ensure that those responsible are held accountable," reads the joint announcement from Geneva.

The conference was organised by the Secretary of State of the United States of America, High Representative of the Union for Foreign Affairs and Security Policy and Vice-President of the European Commission, Minister of State for South Asia and the Commonwealth, United Kingdom of Great Britain and Northern Ireland and the United Nations High Commissioner for Refugees.

The situation in the region remains an acute humanitarian and human rights crisis more than three years after the August 2017 violence, which caused hundreds of thousands of Rohingya people to flee their homes in Myanmar to seek safety in Cox’s Bazar, Bangladesh.

There are currently 860,000 Rohingya refugees in Cox’s Bazar district.

There are an estimated 600,000 Rohingya people in Myanmar’s Rakhine State who face ongoing violence and discrimination, and Malaysia, India, Indonesia, and other countries in the region are together hosting nearly 150,000 Rohingya refugees, according to UNHCR.

"We’re grateful to the government and the people of Bangladesh and other countries in the region for their continued support and hosting of Rohingya refugees," the joint statement said.

They acknowledged the responsibility they have undertaken and we assure them of their continued donor commitment to support the humanitarian needs of Rohingya refugees throughout the region, especially in Bangladesh.

This support needs to go hand-in-hand with increased support to host communities.

"While we continue efforts to secure long-term solutions, a focus on more sustainable response planning and financing in Bangladesh could more effectively support the government’s management of the response and maximise limited resources to benefit both Bangladeshi and refugee communities."

The crisis is having a devastating effect on vulnerable members of Rohingya communities, particularly women and children who require gender and age-sensitive interventions, said the joint statement.

The crisis is also affecting the wider region, with refugees, mainly women and children, desperately attempting to reach other countries in the region.

"We greatly appreciate the efforts of those governments that have allowed the safe disembarkation of Rohingya refugees in distress at sea. We assure governments hosting Rohingya that donors are committed to supporting these refugees."

The co-hosts said they will continue to provide strong support for displaced and stateless Rohingya people, wherever they are in Myanmar, Bangladesh, and other countries in the region.

"We remain steadfast in our engagement with countries concerned towards finding solutions to the crisis. We'll continue to work together to maintain international attention on the Rohingya crisis and shift from short-term critical interventions to a more sustained and stable support," said the joint announcement.

The co-hosts, the United States, the United Kingdom, the European Union, and the United Nations High Commissioner for Refugees (UNHCR), recognised the following countries and agencies for their participation in the conference.