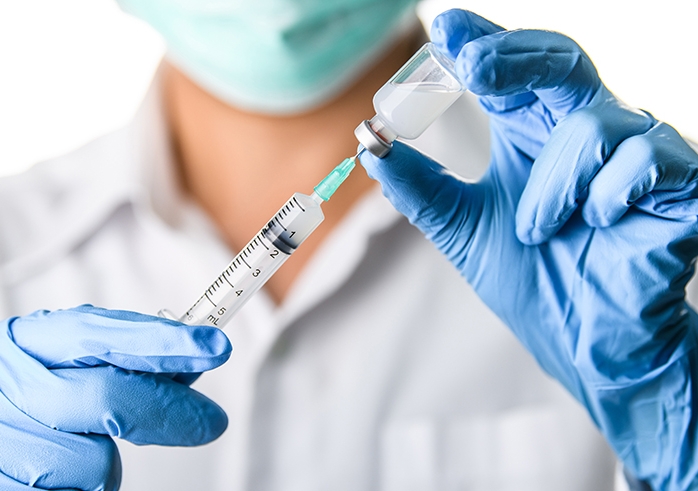 The Covid-19 vaccine developed at Oxford University works perfectly and builds strong immunity to the virus, a study shows.

Great hopes rest on the vaccine, which is a global frontrunner and has been shown to safely trigger an immune response in volunteers given it in early trials.

But, unlike traditional vaccines which use a weakened virus, or small amounts of it, the innovative Oxford jab causes the body to make part of the virus itself.

Now researchers led by the University of Bristol have found this daring technology works for the coronavirus, just as it has for similar viruses in the past.

A study using cells in the laboratory found the vaccine effectively delivers the instructions for the Covid protein, which cells copy thousands of times to produce it in large amounts.

This means a person's immune system is then primed to recognise the disease and fight it off without them falling ill.

Dr David Matthews, from Bristol's School of Cellular and Molecular Medicine (CMM), who led the research, said: 'Until now, the technology hasn't been able to provide answers with such clarity, but we now know the vaccine is doing everything we expected and that is only good news in our fight against the illness.'

While the world waits for the results of trials on whether the Oxford vaccine actually works, the new findings are the next step forward.

Scientists found instructions from the vaccine were copied accurately by cells, making the protein correctly.

Sarah Gilbert, who leads the Oxford University vaccine trial, said: 'The study confirms that large amounts of the coronavirus spike protein are produced with great accuracy, and this goes a long way to explaining the success of the vaccine in inducing a strong immune response.'

The results were released as the Chief Scientific Adviser warned a widespread roll-out of a vaccine for Covid-19 is unlikely to take place before next year, even if a 'few doses' are available before Christmas.

Speaking at the Downing Street press conference, Sir Patrick Vallance said: 'Things are progressing well, there are vaccines that produce an immune response, they're in phase three clinical trials, we should be seeing some data read-outs over the course of this year, but I remain of the view that the possibility of wider-spread use of vaccines isn't going to be until spring or so next year, by the time we get enough doses and enough understanding of the outputs to use them.'

Sir Patrick said the aim would be for a vaccine to allow the 'release' of measures such as social distancing and mask-wearing.

He said: 'That's got to be an aim that we would all wish for, and that's why so many companies around the world are working on vaccines and why there has been such remarkable progress.'

The UK's chief scientific adviser also told peers this week that he thought Covid-19 would probably never disappear and that a vaccine won't stop it completely.