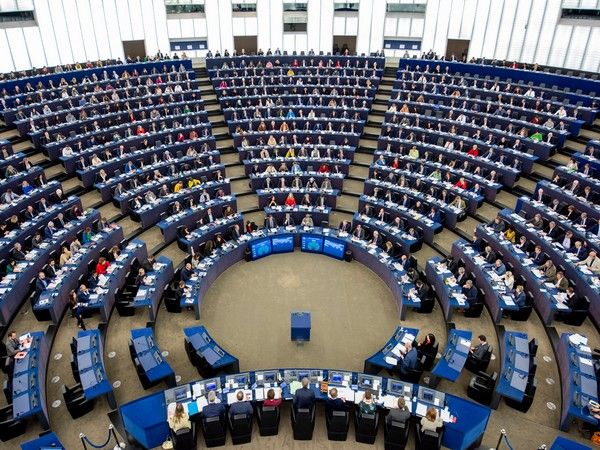 Members of European Parliament, Ryszard Czarnecki, Fulvio Martusciello and Gianna Garcia on Wednesday wrote a letter of concern calling on the French government and the European Union to impose sanctions against unabated terrorist activities in Pakistan, ahead of the occasion of the 73rd anniversary of Pakistan's invasion of Jammu and Kashmir.

"This 22 October, we call on the French government and the European Union to introduce sanctions against the unabated terrorist activities emanating from the Islamic Republic of Pakistan. France, Europe, and the world, cannot afford the murder of any additional innocent victims nor should it live in fear from the threats of terrorism," read the letter.

In the letter, the Parliament members stated that since its creation on August 14, 1947, West Pakistan, today known as the Islamic Republic of Pakistan, has inflicted 'untold horrors' of the world.

"Pakistan observes 27 October each year as a 'Black Day' to mark the entry of Indian forces into the princely state of Jammu & Kashmir. This is despite the fact that Indian forces had come to the state after the ruler had legally acceded to India by signing the Instrument of Accession. In fact, by doing so, Pakistan masked its own invasion of the state on 22 October 1947 using tribals. During the invasion, 35000 Kashmiri Muslim, Hindu and Sikh civilians were massacred. Thousands of women and children were raped and killed," said the members.

The letter also mentioned the incident of genocide in East Pakistan (now Bangladesh), initiated by Pakistan, where the Pakistani military and supporting Islamist militias had killed between 300,000 and 3,000,000 people and raped between 200,000 and 400,000 Bengali women. It said Bangladesh still awaits justice for the internationally recognised genocide.

The Parliament members also referred to the infamous New York attacks on September 11, 2001, which it claimed was celebrated in Pakistan. They further stated that the terrorist mastermind behind the attacks, Osama Bin Laden, was sheltered in the country.

"On 25 May this year, in a tribute to Bin Laden, Imran Khan, Prime Minister of the Islamic Republic of Pakistan called Bin Laden 'a martyr' in the National Assembly of Pakistan," said the members of the European Parliament in the letter.

The members also pointed out that Pakistan was re-admitted to the Financial Action Task Force (FATF) Money Laundering and Terrorism Financing grey list for its continued failure to comply with obligations to prevent terrorism financing.

On October 22, 1947, Pakistan invaded Kashmir and brought in its wake horrifying stories of mass plunder and vandalism.

Thousands of men, women and children were killed while the raiders carried out a siege of the then bustling town of Baramulla.

European Foundation for South Asian Studies (EFSAS), in a recent commentary, called October 22 as the "darkest day" in the history of Jammu and Kashmir when Operation Gulmarg was launched in a bid to seize the territory.

According to a European think tank, the tribal invasion had left between 35,000 and 40,000 residents dead, besides, a "grim mark" on the fate of J-K.

"The planners and perpetrators of the tribal invasion were, and remain, without doubt, the foremost enemies of the Kashmiri people. The day the invasion began on October 22, 1947, has to be the darkest day in the history of the J-K," the European think tank said.