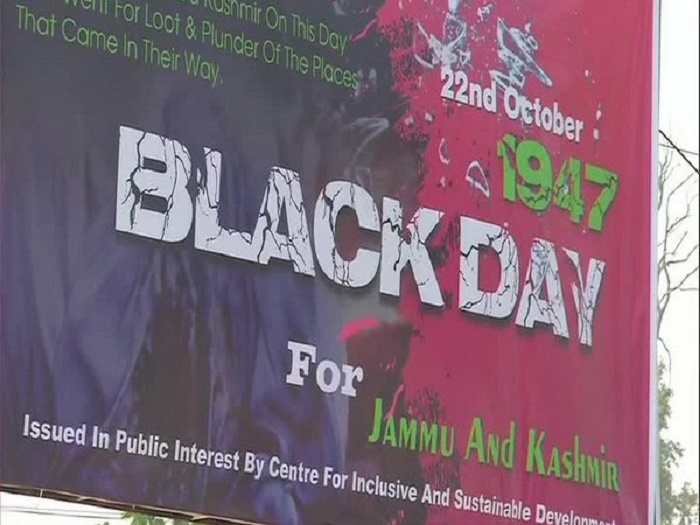 Pakistan’s obsession with Kashmir has weakened its economy and polity and led to a “paranoid” domination of its military in all spheres of life, said Suneem Khan senior medico serving with Central Reserve Police Force (CRPF) Srinagar, who also accused Islamabad of ethnic cleansing in Kashmir during the Pakistani invasion of October 1947, reports ANI.

“The constant peddling of the idea that Kashmir is not a part of India, just what Pakistan always claims, has been drilled into the narrative, the media discourse, the politics and the psychology of the valley and its residents. The Indian government is the ‘interfering outside force’, ‘Hindus are snatching away jobs from us’, ‘Pandits were grabbing wealth’, the central government is bringing ‘other people to live here’ etc are all the different notes of the same music that is being played for decades, to keep the populace constantly on the edge, to create an atmosphere of edgy distrust and hatred, to keep them isolated mentally, so that Pakistan and other extremist forces find easy clays to mould into their puppets,” he wrote.

Recalling the book ‘Raiders in Kashmir’ by a former Pakistan Army General, he said that it presents the real narrative “otherwise unheard of earlier”. “The author, a retired Maj Gen of Pakistan Army, Akbar Khan, is himself admitting the role of Pakistan in stoking the conflict in Kashmir. He minces no words to audaciously convey that Pakistan played the role of an aggressor and even justifies to his readers the pressing compulsions to adopt that military stance,” he wrote.

He further wrote that Akbar “no longer kept it a secret” that at the beginning of September 1947 he was asked to prepare a plan as to how to take over Kashmir. “Serving at the time as director of weapons and equipment (DW&E) in GHQ, he was aware of the quantum of weapons and ammunition while some of it was brought from Italy after obtaining the concurrence of political leadership owing to the financial implications. These weapons were secretly diverted to the people of Kashmir,” he said.

“The operation formally commenced on 22 October 1947, when the Pakistani forces crossed the border and attacked Muzaffarabad and Domel on October 24 from where the Dogra troops had to withdraw. These advancing troops moved forward in the Srinagar road the next day and again took on the Dogras at Uri. On October 26, they captured Baramulla, where out of 14,000 only 3,000 survived. It clearly indicates that these advancing forces indulged in ethnic cleansing of local Kashmiris. Thus, Pakistan has old record of ethnic cleansing in Kashmir,” Khan said.

The senior medico wrote further that on the evening of October 27, the Prime Minister of Pakistan held a conference in Lahore to consider the situation arising out of Kashmir’s accession and India’s military intervention and said that the changed narrative in Kashmir required altering the military strategy at Pakistan’s end.

Khan said the book is “full of several sensational accounts” that focus on how the wrong moves and misadventure of the Pakistani army and political leaders led them nowhere. “Over ambition and utter desperation to take Kashmir by sheer force were the reasons for its role as an ‘aggressor’,” he wrote.

“It seems that the Pakistani General has no remorse over the great loss of human lives and material wealth in Kashmir inflicted by Pakistan army. The book is a must-read for the young generation of Kashmir who have little or no knowledge of Kashmir’s history and politics,” he added.