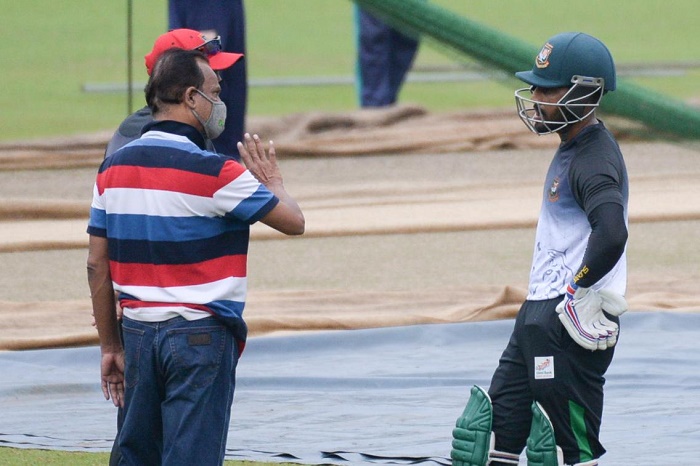 Bangladesh Cricket Board (BCB) has decided to reschedule the final of the ongoing BCB President’s Cup due to depression.

BCB officials confirmed the development while talking to daily sun on Thursday.

“The final had been shifted on Sunday instead of Friday and it will start from 1:30pm. The decision was taken as depression may continue for two days,’’ said BCB grounds committee manager Syed Abdul Baten.

Shanto XI is expected to take on Mahmudullah XI in the final after Tamim XI was eliminated after the group stage.

The country's competitive cricket returned to the field after a gap of six months with a three-team 50-over tournament that began at the Sher- e- Bangla National Stadium on October 11.

BCB aimed at a gradual resumption of normal cricketing activities in the country which have been disrupted since March this year due to the Covid-19 pandemic and the event was part of the continuing initiatives taken by the board.

The tournament provided all leading and upcoming cricketers with the opportunity for some quality competitive cricket in the current situation.

Alongside the national cricketers, cricketers of the High-Performance Unit and some selected players of the 2020 ICC U-19 World Cup champions Bangladesh team played in the tournament under the leadership of Tamim Iqbal, Mahmudullah Riyad and Najmul Hossain Shanto.

Each team faced each other twice with the top two teams in the points table of league basis matches went on to take part in the final on October 25.

All the day-night affair matches were played at the Sher-e-Bangla National Cricket Stadium in Mirpur.