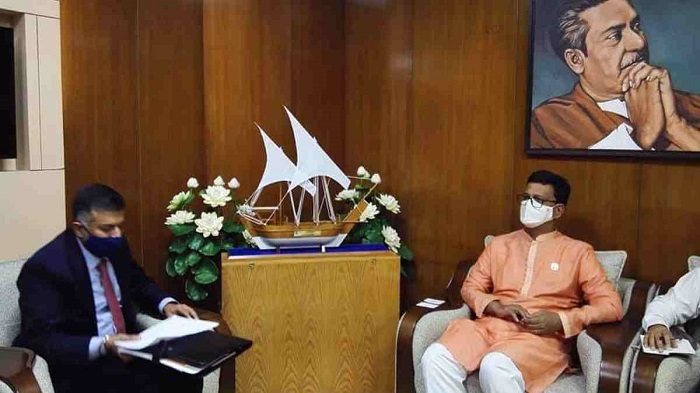 The stalemate caused by the ongoing strike by vessel workers in ports is expected to end today (Thursday) as negotiations are underway with the workers and owners, said State Minister for Shipping Khalid Mahmud Chowdhury.

The Bangladesh Inland Water Transport Authority (BIWTA) under the Ministry of Shipping and the Department of Shipping are in negotiations with them to resolve the matter, he said.

The state minister came up with the remarks while talking to reporters after a meeting with newly-appointed Indian High Commissioner to Bangladesh Vikram Kumar Doraiswami in his office at the Secretariat.

The state minister said the main demand of the workers is food allowance. “Of course, their demand is a justified one… there’s no doubt about it. Earlier, the workers also went on work abstention and those problems were resolved through discussions. The workers are helpless. They earn their livelihoods by putting in labour. So, the employer-worker relationship will have to be a friendly and cordial one.”

“We’ll resolve this problem through coordination between the owners and workers,” said Khalid.

Water transport workers enforced an indefinite strike across the country on Tuesday to press home their 11-point demand, disrupting the operation of lighterage vessels and oil tankers.

During the meeting with the Indian High Commissioner, various issues related to Payra Port, Mongla Port and excavation of the Sonamura and Ichhamati river routes were discussed.