NBR pulls out all stops to expand tax net 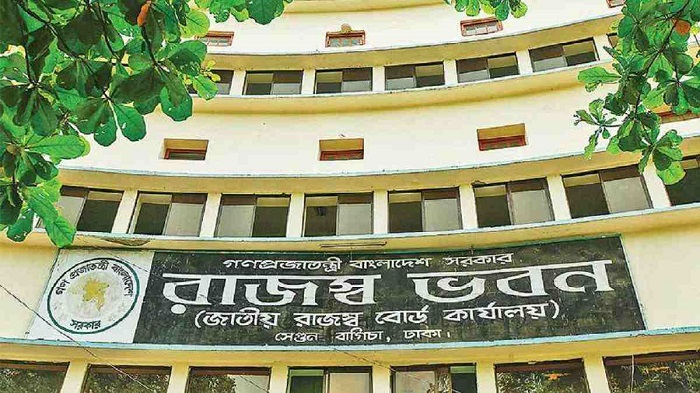 To tighten the noose around tax evaders and expand the tax net, the National Board of Revenue (NBR) is pulling out all the stops.

UNB has learnt that the revenue collection authority has formed as many as 120 teams to bring in new eligible taxpayers under the tax net across the country. Members of these teams will visit houses and offices of organisations to identify eligible taxpayers and allocate them tax identification numbers (TIN).

According to sources, the Board has directed all its tax commissioners to bring all eligible persons and organisations under the tax net and also take initiatives to remove the phobias about tax payment. NBR has also asked the commissioners to activate the defunct TIN as filing income tax returns has been made mandatory for every TIN holder from this fiscal.

The Income Tax Wing of the NBR has already given necessary directives to the field offices in these regards. It has advised the field offices to reconstitute the existing tax survey teams and start surveys from this month.

NBR sources said that in every tax zone across the country, there will be four survey teams consisting of 10 members each. Apart from NBR officials, there will be representatives from the district administration, police, Ansar and two college or university students (at least one female) to assist the survey teams.

As part of the internal survey, the field-level officials have already collected potential taxpayers' information from city corporations, Rajuk and sub-registrar offices. This is ‘secondary data’, which refers to the information about the individuals that are already employed in any organisation.

The NBR also has started to collect information of the potential taxpayers at the upazila level through secondary data gathering, otherwise known as internal survey.

“For example, if we have a file of ‘X’ company and the firm has 450 employees on its payroll, we can ask for the names of all the staffers and their TIN numbers. Thus we can find out the eligible taxpayers’ names and put them under the tax net, this is called an internal survey,” a senior NBR official told UNB.

In this connection, he said, the NBR is collecting information about the trade licences issued from the city corporations and municipalities. Later, TIN will be issued in their names to bring them under tax net and collect revenue from them.

Information of property owners is also being taken from the National Housing Authority, the NBR official said. "All these efforts would help NBR identify the eligible taxpayers who are still staying out of the tax net. We hope that by this way, we will be able to bring the affluent section of the society under the tax net," he added.

Another senior official of the NBR said during door-to-door surveys, field officials have been asked to adhere to Covid-related safety protocols, including social distancing. "NBR would put emphasis on the internal survey, which has been stalled since March last week due to pandemic. The door-to-door survey was also postponed due to Covid," he said.