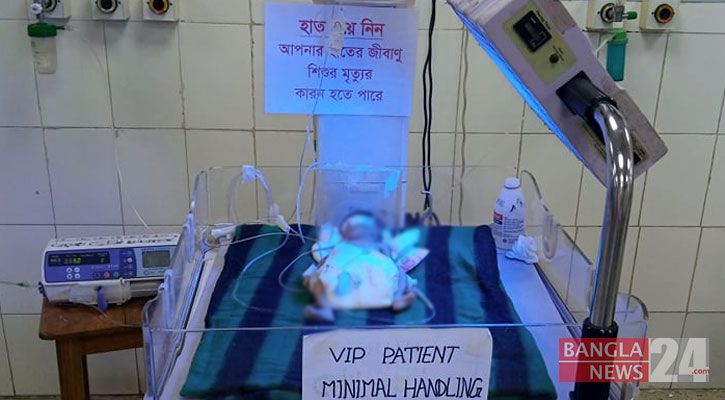 The newborn girl, who was declared dead on Friday but later found to be alive hours before burial, has finally died after five days in Dhaka Medical College Hospital.

The baby girl breathed his last at the Neonatal Intensive Care Unit of the hospital around 11:30pm.

Earlier on Friday, a woman gave birth to a premature baby, after six and a half months' pregnancy and DMCH doctors declared the baby dead.

But, the baby moved when her father took her to the graveyard for burial in the capital's Rayerbazar cemetery on Friday.

Later, they brought her back to DMCH and she was again admitted to the Neonatal Intensive Care Unit in critical condition.

The baby survived only six days after returning to the hospital from the graveyard.

Later, the hospital authorities formed a committee to investigate the negligence in the incident.