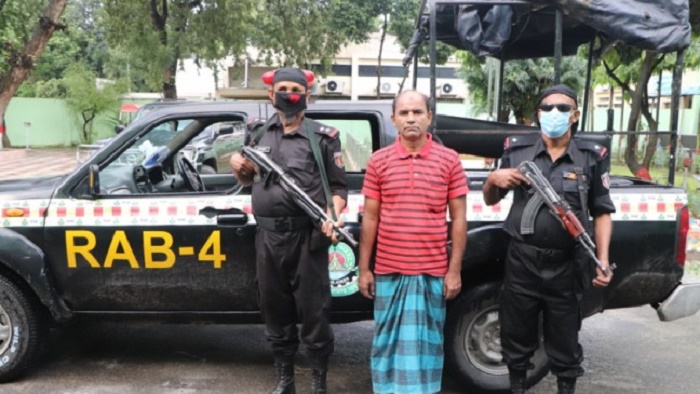 The arrestee is identified as Siddiqur Rahman alias Siddique Biswas (45), ringleader of a fraud gang, hailing from Rajbari.

Acting on a tip-off, a team of law enforcers conducted a drive and arrested him from the area at 2:15 am, said Mozammel Haque, commanding officer of RAB-4.

During primary interrogation, the arrestee admitted that he used to set up "visa processing offices" in areas including Mirpur and Mohammadpur, and take money from people -- luring them with jobs in Malaysia, Russia, India and European countries.