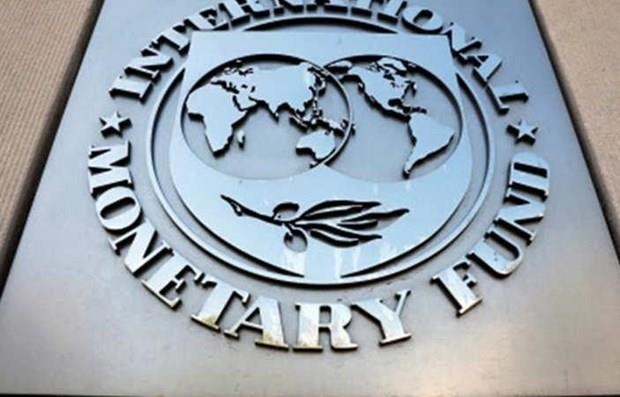 The International Monetary Fund (IMF) on Wednesday revised down its 2020 forecast for the Asian economy to a contraction of 2.2 percent, calling it "the worst outcome for this region in living memory."

The latest forecast is a downgrade compared with the projection of a 1.6-percent contraction in June.

The IMF's latest Regional Economic Outlook shows that a recovery started in the third quarter, though growth engines are not all firing with the same strength across all countries, leading to a "multispeed recovery," Jonathan D. Ostry, acting director of the IMF's Asia and Pacific Department, said during a virtual news conference.

The outlook varies by country depending on infection rates and containment measures, the scale and effectiveness of the policy response, reliance on contact-intensive activities, and reliance on external demand, according to the report.

Advanced economies, while still in recession, are expected to do somewhat better than expected in 2020, reflecting a faster pickup in activity following earlier exit from lockdowns, Ostry noted.

Australia will see a contraction of 4.2 percent in 2020, and Japan's economy will shrink by 5.3 percent. South Korea will contract by 1.9 percent, while New Zealand is expected to see a sharp contraction of 6.1 percent.

India's economy experienced a much sharper than expected contraction in the second quarter, and is expected to recover slowly in the coming quarters, according to the IMF report, which projected India's economy to contract by 10.3 percent this year.

China, which suffered from the COVID-19 pandemic's blow earlier than other countries, has seen a strong recovery after the first quarter lockdown, with growth revised up to 1.9 percent this year, "a rare positive figure in a sea of negatives," the IMF official noted.

Ostry said China experienced the COVID-19 pandemic first and dealt with it vigorously quite early, which allowed it to reopen much earlier than other countries. "We've now seen two quarters, the second and third quarter of 2020 with a very impressive growth from China," he told reporters.

China's growth, given its role in the region, "is having positive spillovers, for the region and for commodity prices and for broadly participants in the global value chains that China is a big part of," Ostry said.

The IMF official noted that a lot of China's exports have been related to medical equipment and home electronics amid the pandemic, and the global demand for these products will eventually "peter out."

Ostry noted that China is in the process of its multi-facet "rebalancing," from a more export- and investment-led growth to a more consumption-driven growth, and is expected to have "a smooth handover" from a publicly generated growth to private demand-driven growth beyond the near term.

The multilateral lender expects the region to grow by 6.9 percent in 2021. But even with this boost, output will be lower at the end of 2021 than the IMF's pre-pandemic projection, Ostry said, noting that the "scars will be deep."

With declining labor force participation and weak confidence dimming private investment, potential output by the middle of the decade could be some 5 percent lower than before the pandemic, he said.

The IMF official highlighted three lessons the world can learn from Asia's experience. First, an early public health response; second, relaxing containment measures only after the virus has been suppressed and with appropriate post-lockdown policies in place; third, fiscal support has also been critical to reduce economic costs and underpin the recovery.

Ostry also pointed out risks ahead as prospects for a global trade-led recovery look dim, because of weak global growth, closed borders, and festering tensions around trade, technology and security.

Rising inequality is antithetical to sustainable inclusive recovery and high indebtedness makes the region vulnerable to financial turbulence, he noted.

"Policymakers must not lose sight of the fact that this health crisis is far from over," Ostry told reporters. "Job one is therefore to sustain strong health policies until the pandemic is well under control."

"Countries need to plan now to secure and distribute vaccine supplies quickly as they become available, and in some cases with multilateral support," he said.

The IMF official warned that fiscal and monetary support should not be withdrawn prematurely, urging countries to better target fiscal support, especially to youth and women, who have taken the biggest hit.

Noting that policymakers should enable structural change, he suggested facilitating corporate restructuring and resource reallocation, including to sectors that will pave the way for stronger medium-term inclusive green growth.

In its latest World Economic Outlook (WEO) report released last week, the IMF projected the global economy to contract by 4.4 percent in 2020, 0.8 percentage point above the June forecast. Despite the upward revision, the IMF said the ascent out of this crisis is likely to be "long, uneven and highly uncertain."

In a remote video interview with Xinhua, IMF Chief Economist Gita Gopinath said economic outcomes in the second quarter have been less dire, and global recovery is expected to be strong in the third quarter. However, the momentum could slow down after that.

"We are still living with the pandemic in many parts of the world, that is going to slow the recovery because especially contact-intensive services sectors will not recover fully as long as the pandemic is not under control," Gopinath said.