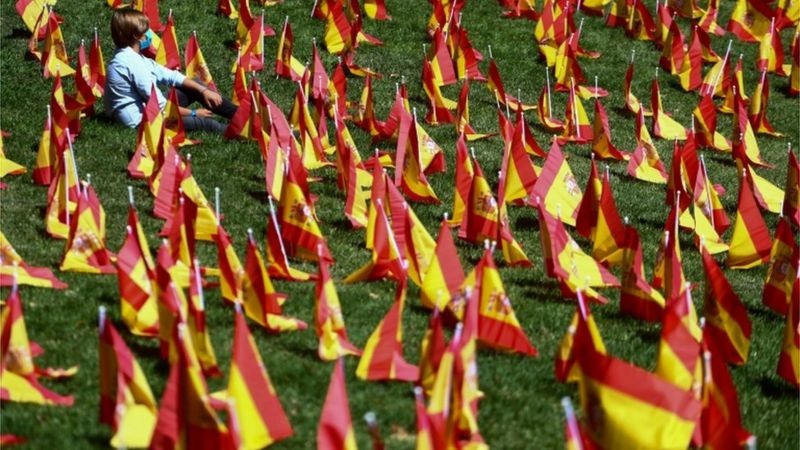 Spain has recorded more than one million coronavirus cases, becoming the first western European country to pass that landmark figure.

On Wednesday the country reported 16,973 infections and 156 deaths in the previous 24 hours, BBC reported.

Since its first diagnosed case on 31 January, Spain has now recorded a total of 1,005,295 infections.

It is the sixth nation worldwide to report one million cases after the US, India, Brazil, Russia and Argentina.

What's the situation in Spain?

Spain was hit hard by coronavirus in the first months of the pandemic, and brought in some of the strictest measures to tackle it - including banning children from going outside.

Earlier this month, Madrid's centre-right authorities successfully had a partial lockdown imposed on the capital overturned in court. But the Spanish government then ordered a 15-day state of emergency in the city.

The health minister will meet with regional leaders on Thursday to discuss next steps.