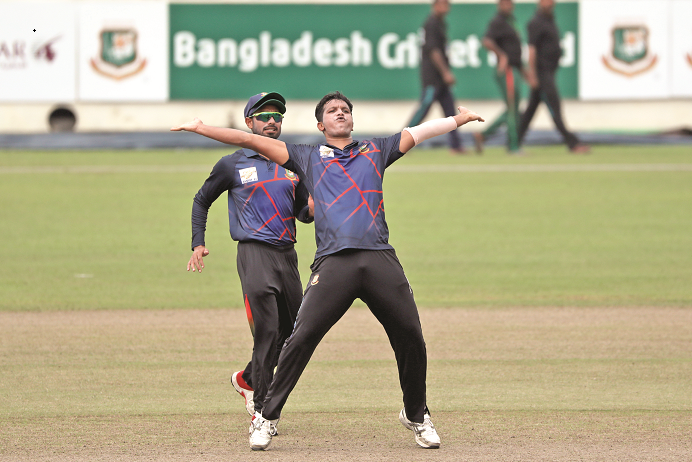 The match that turned out to be a virtual semi-final for Tamim Iqbal-led side, who must-win the game to seal the final spot, was interrupted by more than two hours rain and was reduced to 41 overs.

Saifuddin picked 5-26 to help his side dismiss their opponent under a reasonable score after Mushfiqur Rahim and Afif Hossain came up with a rescue act like the previous.

Mushfiqur made highest 51 runs while Afif scored 40 runs and together added 90 runs for the fourth wicket and just when Mushfiqur was expected to start accelerating the right-arm pace bowler broken the pair by removing the wicket-keeper batsman.

This is a must-win match for Tamim XI and they must have to score 164 for winning the match following the duckworth-lewis method as they only bagged only one win from their three matches so far and are at the bottom of the point table right now.

According to net-run-rate, Nazmul XI is in advantageous position and only an extremely bad game could eliminate them from the final.