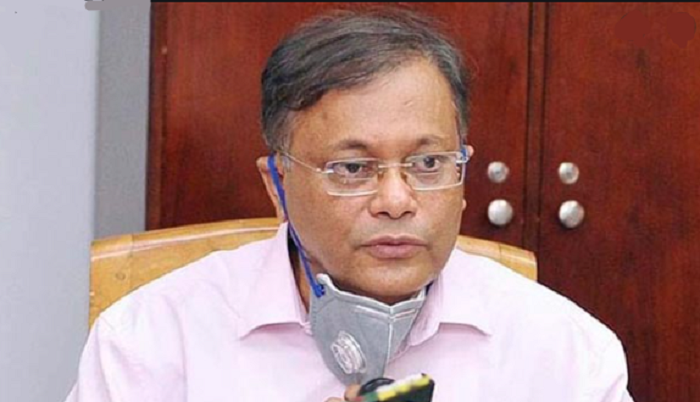 Information Minister Dr Hasan Mahmud continues to sign necessary documents of the ministry even after being admitted to a hospital due to Coronavirus infection.

Hasan signed a number of documents and papers and gave necessary directions to the officials concerned to keep the pace of works of the ministry intact after admitted to Bangabandhu Sheikh Mujib Medical University (BSMMU) Hospital.

The information minister already signed the documents including extension of production period for government-granted films, honoring of film storytellers and screenwriters, rash print observation, arrival of foreign artists, extension of their work permits, creation and sanction of posts in the Press Information Department and the Mass Communication Department.

Necessary official documents and papers are being reached to the hospital every day, said an official handout.

Hasan, also Awami League joint general secretary, didn’t sit for a single day at home during the COVID-19 situation. He remained active in performing his responsibility at the ministry and the party office as well, it said.

Risking his life, Hasan appeared in public every day to carry out his responsibilities of the ministry and the party, despite restrictions from his family and colleagues.

The physical condition of the information minister is improving, the release said, adding he (Hasan) sought blessings (doa) from all through a post on social media-Facebook.