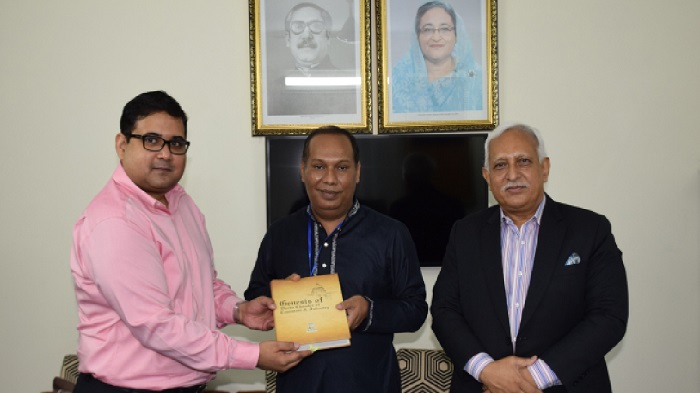 Dhaka Chamber of Commerce & Industry (DCCI) has called for increasing the threshold for financial reporting of small and medium sized enterprises (SME) in Bangladesh under the Financial Reporting Act, a move aimed at helping these organisations ride out the Covid storm.

DCCI President Shams Mahmud has urged the newly appointed Chairman of Bangladesh's Financial Reporting Council (FRC), Dr Md Hamid Ullah Bhuiyan, to raise the threshold limit for financial reporting to such an extent so that the SMEs do not default on compliance norms.

Shams has also sought active cooperation from FRC to facilitate the country’s SME sector to be more competitive in the global market. On his part, Dr Md Hamid has assured to look into the issues and also promised to try to accommodate the requests "as much as possible".

During the discussions between the two on Wednesday, Shams also congratulated Dr Md Hamid on his appointment to the highest post of the council and highlighted various activities of DCCI, particularly in the area of the SME sector. DCCI Senior Vice President NKA Mobin was also present in the meeting.

However, as per the Financial Reporting Act, 2015, all entities with an annual sales or revenue of Tk5 crore and fulfilling any of the two conditions of either having employment of 50 people or having total property value of Tk3 crore or having a total liability of Tk1 crore, will be treated as Public Interest Entities (PIEs).

As per this Act, FRC will review and monitor the preparation, auditing and reporting of all financial statements of those PIEs. These thresholds are too strict and often make it difficult for organisations, mostly SMEs, to adhere to.

In general, SMEs with very low capital base are non-structured and non-technology-oriented organisations. SMEs can’t afford to maintain professional accounting personnel to prepare and maintain the financial statements for reporting as per International Financial Reporting Standards (IFRS) and International Accounting Standards (IAS).