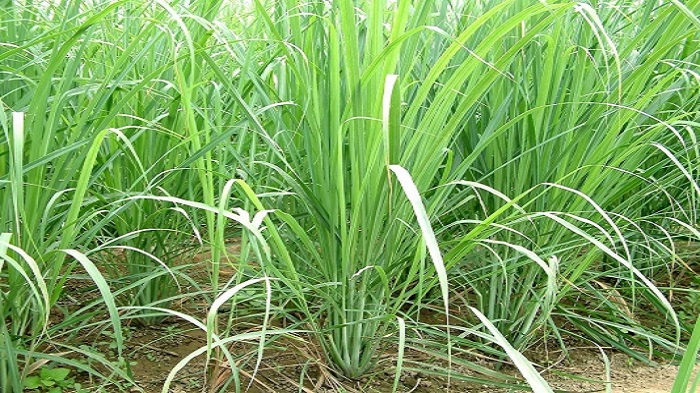 For the farmers in the Reasi district in Indian union territory of Jammu and Kashmi (J&K), the cultivation of lemon grass has become a new profitable venture as the oil extracted from it has huge demand in the market.

The commercial cultivation of the lemon grass is also helping the farmers of Katra town to prevent the losses caused by monkeys. The monkey menace had compelled farmers to shun the agricultural practices and keep their cultivable lands fallow, thus, resulting in net loss to their income.

Sensing the gravity of the problem, the Department of Agriculture, Reasi, in coordination with the KVK Reasi, and Indian Institute of Medicine Jammu organized a workshop to spread awareness amongst the farmers about lemongrass crops that monkeys cannot damage. It was in the year 2017 when KVK Reasi in coordination with Central Institute of Medicinal and Aromatic Plants (CIMAP)-Lucknow and Indian Institute of Integrative Medicines (IIIM)-Jammu introduced lemongrass farming in the Katra belt.

Cultivation of lemon grass effectively controlled the monkey menace in the area, fetching huge returns for farmers like Tilak Raj, who found farming of lemongrass lucrative.

Seeing Tilak Raj and other farmer’s success, many other farmers are coming forward to take up the cultivation of the lemongrass farming as the area is severely affected by the monkeys.

Tilak Raj is also contemplating to bring more land area under the lemongrass cultivation. Lemongrass oil has tremendous market in Reasi district with numerous hotels and restaurants operating in the area to cater to huge footfall of pilgrim tourists in Katra throughout the year.

To promote the cultivation of this lucrative crop, the district administration of Reasi hosted special fair Kushboo Kisan Mela in Aghar Jitto Panchayat during the recently concluded Back to Village Program.

“The Mela was organized with the twin purposes of encouraging the farmers to take up its cultivation and provide a platform for buyer-seller meet,” said Deputy Commissioner Reasi, Indu Kanwal Chib.

During the mela, 50 more farmers have come forward for growing lemon grass in the fallow lands to overcome the dent that monkey menace has caused to their income.

Sharing his experience at the Khusboo Mela, Raj Kumar said that the cultivation of lemongrass requires very less investment of labour and money as compared to the cultivation of other crops. “And after four months, when the crop is ready for harvesting, it is worth lakhs,” said Raj Kumar. He also urged other farmers to go for lemon grass cultivation to earn handsome returns without the fear of loss due to monkeys.