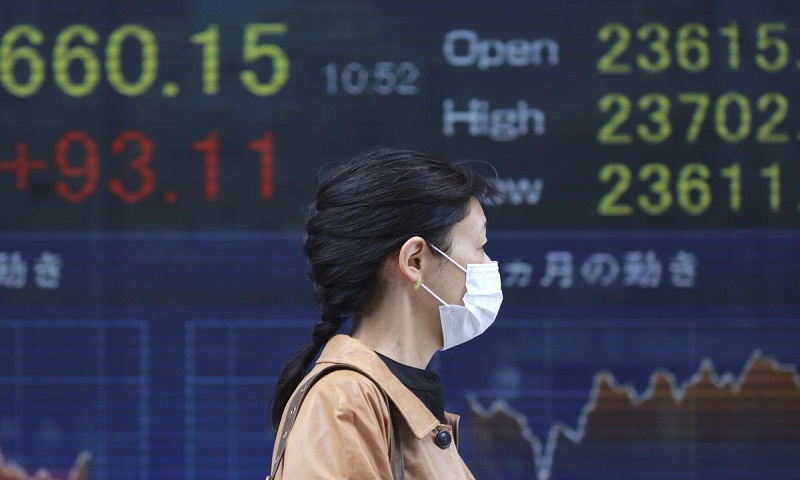 Asian shares mostly rose Wednesday, cheered by the gains on Wall Street as investors welcomed a batch of solid earnings reports from US companies, PTI reported.

Asian shares have tracked the moves on Wall Street lately, as much of the region's export-dependent economies depend on robust trade, slammed by the coronavirus pandemic.

Investors also had their eye on Washington in hopes that Democrats and Republicans will reach a deal to deliver more aid for the economy.

Markets have been cheered by hopes of a fiscal stimulus deal between Republicans and Democrats even as the Tuesday deadline loomed as all sides expressed goodwill as well as flexibility in the timeline to reach a compromise deal sooner rather than later, Mizuho Bank said in its daily markets report.

Technology, communication and financial stocks powered most of the gains on Wall Street. Traders bid up shares in several companies that reported quarterly results that were better than analysts expected, including Procter & Gamble, Regions Financial, Albertsons and Travelers.

Stocks have been mostly pushing higher this month after giving back some of their big gains this year in a sudden September swoon. The benchmark S&P 500 has notched a gain in each of the past three weeks.

In energy trading, U.S. benchmark crude lost 16 cents to 41.54 a barrel in electronic trading on the New York Mercantile Exchange. On Tuesday, it gained 63 cents to 41.70 per barrel. Brent crude, the international standard, lost 27 cents to 42.89 a barrel.