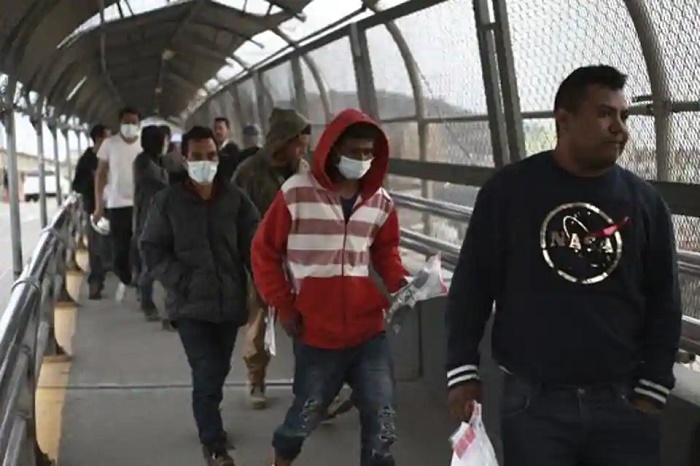 The parents of 545 migrant children who were separated under US border policy cannot be located, a court filing and US rights group revealed Tuesday.

The separations were carried out in relation to US President Donald Trump’s “zero tolerance” policy toward migrants who illegally crossed the border.

“Through our litigation, we just reported to the court that the parents of 545 kids - forcibly separated by the Trump administration’s cruel family separation practice - still cannot be found,” the American Civil Liberties Union(ACLU)tweeted.

Under the zero tolerance program, the US began separating children from their parents in May 2018, prompting a domestic and international outcry.

Then, six weeks into the practice Trump announced that his administration would stop separating families unless the parents posed “a risk” to their child.

Two-thirds of the parents who cannot be found are believed to have been deported, according to a court document posted online by CNN.

According to NBC News, the children whose mothers and fathers have yet to be located were separated under a 2017 pilot program ahead of the zero tolerance policy, and were deported.

“It is critical to find out as much as possible about who was responsible for this horrific practice while not losing sight of the fact that hundreds of families have still not been found and remain separated,” Lee Gelernt, deputy director of the ACLU Immigrants’ Rights Project told NBC.

“There is so much more work to be done to find these families.”

The global coronavirus pandemic briefly hampered a search for the children’s parents, but has now resumed.

“Following a suspension due to the Covid-19 pandemic, limited physical on the ground searches for separated parents has now resumed where possible to do so,” the court filing said.

A 2018 court order mandated that the government reunite the separated families.