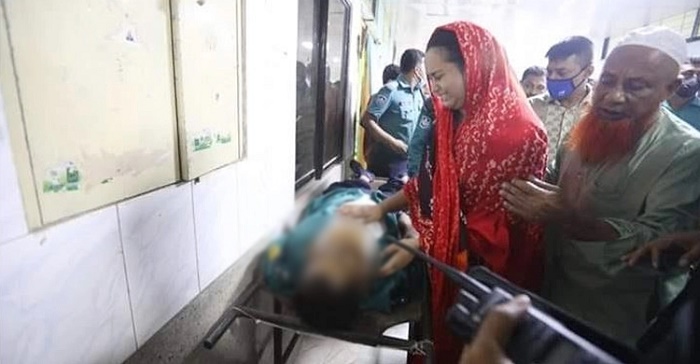 A traffic sergeant was killed after being hit by a covered van in Kolapatti area under Jatrabari police station of the capital on Tuesday night.

The deceased was identified as Babul Sheikh, 50, son of Jafar Sheikh, hailing from Bakchar village in Bera upazila of Pabna.

He was working at traffic department in Kotwali zone.

The traffic sergeant was returning home after his duty when the accident occurred at 11:00 pm, leaving him critically injured, said Majharul Islam, officer-in-charge (OC) of the police station.

Later, locals took the injured to Dhaka Medical College Hospital (DMCH) where he succumbed to his injuries at 11:30 pm, he said.

The OC also said police seized the killer van and arrested its driver immediately after the accident.