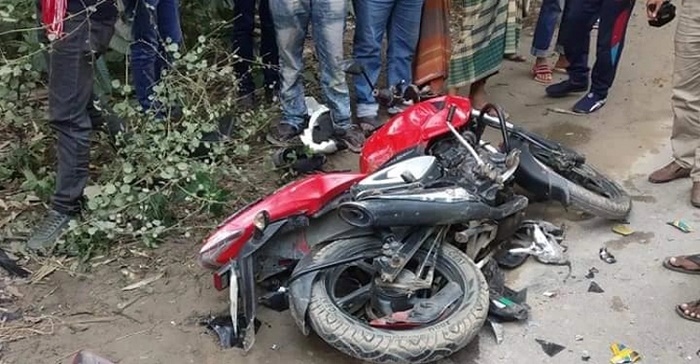 Three youths were killed after a tractor hit their motorcycle in Mirnagar area under Madhabpur upazila of Habiganj on Tuesday night.

The deceased were identified as Masuk  Mia, 25, son of Abdur Rashid Mia, Jahagir Mia, 26, son of Farid Gazi and Abdul Mannan, 27, son of Suru Mia, all of them hailing from Gateghar Shahpur area of the upazila.

The speedy tractor hit the motorcycle from behind on which they were riding to Madhabpur town from Jgodishpur in the area, leaving the trio dead on the spot, Md Iqbal Hossain, officer-in-charge (OC) of Madhabpur Police Station, said.

Later, the bodies were sent to hospital morgue for autopsies, he said.