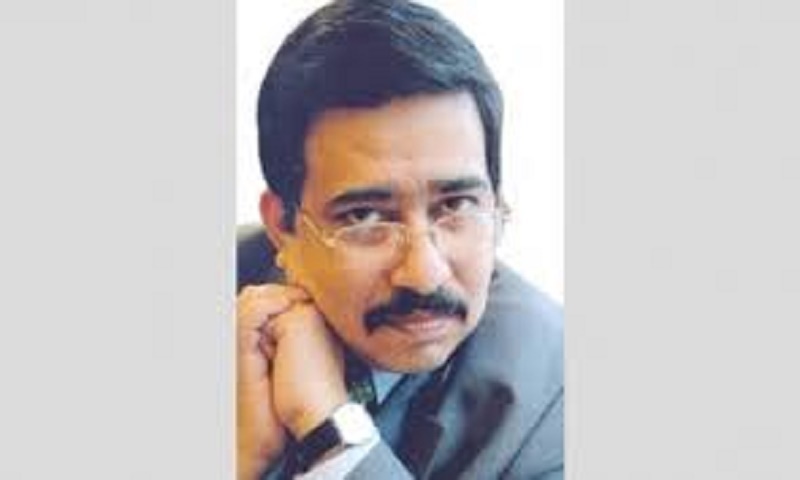 All recent reports either from multilateral agencies, global banks or consulting firms put Bangladesh as a ‘country or market to watch’. However, despite COVID recent IMF report on per capita gross domestic product (GDP) in the running year and more importantly some neighbouring India’s media or political leaders made this too big a news. Report or reports said - while the coronavirus pandemic has brought much of the world economy to its knees, Bangladesh, against all odds, is all set to overtake neighbouring India in terms of per capita GDP, at least for this year.

Such undeniable reports validating our success in the most challenging of times, clearly indicate that all the important stakeholders of Bangladesh managed the economic ramifications of the global pandemic in a far better and much more effective manner than many other countries, and this should be a matter of great national pride. In fact, it could be rightfully asserted that Bangladesh has coped better than many other much wealthier and powerful economies during the Covid-19 crisis.

It was predicted by numerous experts that the pandemic could devastate the Bangladesh economy to such a state that it might take several years to recover. However, as of now it appears that Bangladesh is well on its way to rapid and full recovery with minimal lasting negative impact to its thriving economy. So, something which was forecasted to take years, did not even take half of a year. Such is the resilience and determination of Bangladeshis and disproving our criticizers has been a way of life for us ever since our liberation.

One could even argue that if Covid-19 never happened, Bangladesh would have smashed all records of economic development in the current fiscal year. Therefore, the concerned authorities who have led and guided us through these extremely challenging times truly deserve to be applauded and thanked for having the correct or at least nearer to correct foresight and acumen to take the right steps to balance both, lives and livelihoods. Bangladesh can indeed be seen as an example of how to manage such a crisis with the most limited of resources. Our geographical and economic neighbours would be absolutely foolish to look down on us or see us as anything but a rising economic force to be reckoned with.

Often treated by many of us as a ‘knowledge bank’ or politically very important -India is currently experiencing a slump, with this year being its worst in four years in terms of per capital GDP. Our per capita GDP, on the other hand, is likely to go up by 4% this year in dollar terms. This is great news for Bangladesh, and a cause for celebration - the Indian economy has often served as something of a model for us to aspire to, and now we have, in a variety of development indicators, equaled or bested India. A portion of Indian media even felt that perhaps now, India and other developing nations can observe and study Bangladesh and try to mimic the same success. The leaders of other developing foreign governments have a lot to learn from Bangladesh, its leaders and drivers, most importantly its incredibly motivated people. We do not need to often copy the success models of other countries because we have almost proven that we can make our own model work for our own success.

What is even more intriguing is that from the very beginning of this pandemic, the Government of Bangladesh never once lost hope that we would fully recover and rise up very quickly. They did not panic, and they did make rash decisions which might have resulted in irreparably harming the economic drive of the nation. Bangladesh followed what could be deemed to be an approach of cautious optimism. Even the Budget for the current fiscal year was designed with the target of doing both, facilitating adequate healthcare resources to fully take care of the sick as well as provide enough economic stimuli and incentives such that the  economic progress is not hampered due to the crisis. It was decided at the very start that we would face this challenge head on and together as a united nation and that’s exactly what we did under the firm and well formulated guidance of those in charge.

Our continued dynamism in the face of unprecedented challenges and massive improvement in crisis handling capacity can be attributed to our strong agricultural output, our exports and our remittance numbers. Coupled with that may be rural finance or MFI credit and technology adaptation by our engine of growth-the private sector. Just a few years ago, India seemed out of reach, but the tremendous growth of our various sectors have rapidly narrowed the gap. It is our strong and sincere hope that we will ride the wave of this great momentum and continue to rise up beyond all expectations and forecasts.

However, it is not the time to get complacent, rather our aim should be to keep up this momentum. Our sound agricultural policies need to be continued. Recently, our Prime Minister said the government was placing the highest importance possible on producing as much food as possible internally and not leaving an inch of cultivable land untouched. Alongside, we must keep increasing crop intensity and crop diversity, and constantly move towards better and more efficient food production technologies. This is a very important and strategic target for us because becoming fully self-reliant on our food requirements, will ensure that we are not subject to the unpredictable and often whimsical actions of foreign food suppliers which would otherwise, put us in a vulnerable position.

Remittance earnings, as we have emphasized many a times, form the bedrock of our economy, and success on that front must also be kept up, by supporting, helping, and encouraging our migrant workers and making this as a ‘center of the plate’ issue in all diplomatic discussions. On the exporting front, we must remember to constantly innovate and diversify. Success today is not a guarantee of success tomorrow, so we should always keep our eyes on the ball and constantly keep on adapting, changing and innovating.

If we play our cards right, nothing can hold us back. Incidentally though, tricks of the game are also changing. Only agricultural production or diversified agriculture, increased migrant workers or even larger apparel exports may not help us too much to make our growth sustainable unless we can change the headlines in the newspapers by curbing abuse of our women, creating space for our civil society, improving the law and order and make sure all our watchdog agencies are bent on safeguarding the interest of the common people and those who really matter for our brighter future. Democracy, freedom of speech, justice, transparency in expenditures and allocations, championing women empowerment, innovation and mutual respect should carry the same meaning, as it is meant in other respectable countries. The way in which we faced what is quite possibly the single greatest crisis of this century, it undoubtedly shows that Bangladesh has arrived as a major player in the global playing field and is ready to become one of its shining stars. Let people say the rest- Bangladesh deserved better and more importantly deserves better for its hardworking, honest and resilient people.