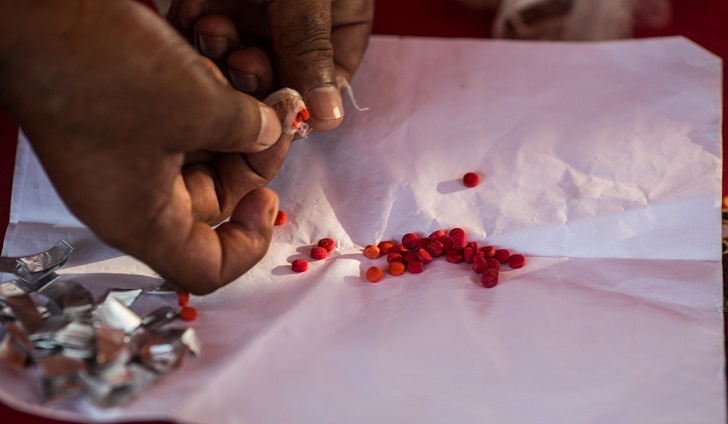 The hall administration of Al Beruni Hall at Jahangirnagar University (JU) held two of its staffers on the charge of taking drugs at a room of the hall.

On Monday night, the hall provost associate professor Ashraful Alam detained them with 2 packets of Yaba after conducting a raid at the room.

The accused staffers are Abdul Khaleq, lab attendant of the Physics department and Zahidul Islam, an orderly peon of Sheikh Hasina Hall of the university.

While talking to daily sun, Prof. Ashraful Alam said that the hall gurd Delower Hossain was using kitchen room of the hall without any permission of hall administration.

'He was using that room to make a gathering with the drug addicted over two months,' said Prof. Alam.

When asked, the accused Delwar Hossain denied the allegations adding that he wasnt at the hall since Monday afternoon.

“I left the key of that room in a shop and went to Islamnagar market (near the campus). Then Khaleq and Zahid called me and told me that they have to give me some keys," said Delwar Hossain.

“Later they enter the room with the key. After that the provost sir searched and found yaba. I don't know anything else about this. he added.

Hall provost Prof. Ashraful Alam said, 'We will take proper steps after talking with the hall officials and the university administration soon. A meeting will be held today (Wednesday) in this regard.