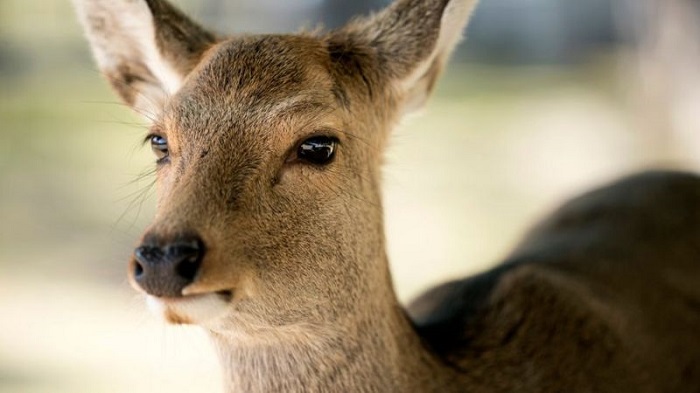 Japan's famed Nara deer have been considered national treasures for decades - but some of the tourists who flock to see them leave behind a trail of potentially deadly plastic waste.

Last year, one deer was found with more than 4kg of rubbish in its stomach.

Fed up, a group of locals have come up with a solution: a paper bag made with rice bran that the deer can digest.

Nara Park is home to more than 1,200 free-roaming deer, who are protected by law.

Visitors are allowed to feed them specially-made sugar-free crackers, which do not come in plastic packaging. However, many visitors are believed to feed the deer other snacks, discarding food wrappers along the way.

The deer then smell the bags, think they are food and eat them.

Nara resident Takashi Nakamura, who runs a paper company in the city, came up with the idea after he heard that deer in the city were dying after swallowing the rubbish by mistake.

He told BBC Japan that he, along with two locals, a cosmetic wholesaler and a designer, worked together to come up with a deer-friendly bag.

The paper bags are up of recycled milk cartons and rice bran - the same ingredient that is used in the deer-friendly crackers.

Mr Nakamura said that around 3,500 bags have been sold to around six local companies, including the city's tourism bureau, a local bank and a pharmacy. 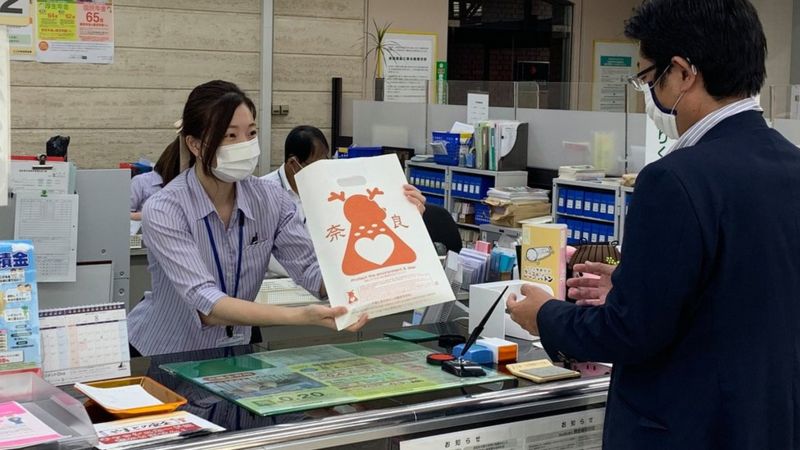 According to news site the Asahi Shimbun, the bag was tested by the Japan Food Research Laboratories, which said it was safe for consumption.

Nara, a small city and former Japanese capital south of Kyoto, is heaving with Sika deer and has been for centuries.

More than 1,200 have made the city their home, mostly congregating in central Nara Park.