One held with arms, ammunition in Joypurhat 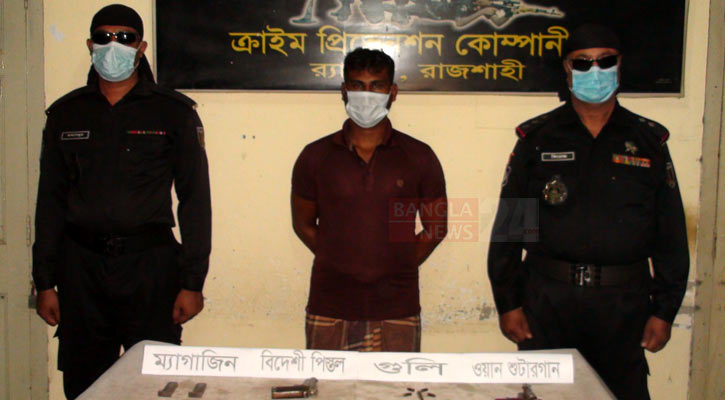 Members of Rapid Action Battalion (RAB)  arrested a man along with  foreign-made arms, bullets and magazines from Panchbibi upazila in Joypurhat on Monday midnight.

Mohaimenur said Rashid was detained in a raid at the border area of ​​the upazila.

Tipped off, a team of RAB conducted a drive in the area and arrested Rashid with a foreign-made pistol, one-shooter gun, five round bullets and two magazines.

A case has been filed against the detainee under the Arms Act  with Panchbibi Police Station.