Providencia: An Island with a ' sea of seven colours' 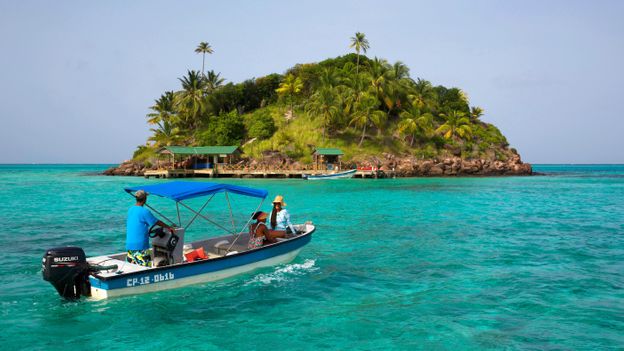 A tiny, emerald-green island slowly materialised out of the Caribbean Sea. Extinct volcanic peaks rose along its spine with dense forests on their flanks and golden sand at the edges. My 26-seat turboprop plane descended rapidly, passing so close to a weather-boarded church it felt as if I could reach out and touch the spire.I braced for landing, but at the last moment the pilot pulled up sharply to a chorus of anguished gasps. The intercom crackled as he apologised for the abrupt change of course: “There are stray dogs on the runaway, so I’ll have to circle round and try again”.

As my heart slid back into my chest, I gazed down at the “sea of seven colours”, a vivid blue-green patchwork produced by the third-longest barrier reef system on Earth, and quickly lost count of the shades.

The least Colombian part of Colombia

Remote, unspoilt and little-visited, Providencia is the least Colombian part of Colombia. Spanning just 17sq km, the island has a tumultuous history and a distinct cultural identity. Located within the vast, Unesco-protected Seaflower Biosphere Reserve, Providencia lies almost 800km north-west of mainland Colombia and even further from the consciousness of most other Colombians. (Nicaragua, which has tried to claim sovereignty, is closer, but still lies more than 230km to the west.)

Getting to Providencia involves a convoluted and relatively expensive journey via its larger, more touristy sister island San Andrés, 50km south. As a result, visitor numbers were low – often fewer than 100 at a time – even before the Covid-19 crisis.

Providencia’s 5,000 residents have a mix of African-Caribbean, British, Miskito (an indigenous group from Central America), Spanish and French heritage. They speak an English-based Creole and are typically Baptists or Rastafarians, unlike mainland Colombians who are predominantly Catholic. The island’s singular character soon became apparent after my plane landed on the second attempt. Outside an airport the size of a village hall, my taxi driver, named Cordel, emphasised that locals saw themselves as “islanders” first, Colombians second.

“Providence is very safe, very peaceful,” he said on the drive to the west coast village of Freshwater Bay. “People fish, work in tourism, work their gardens. You can grow anything here – sweet potato, plantain, breadfruit, cassava, watermelon.”

The best way to get a feel for Providencia – known locally as Providence or Old Providence – is from the water, so after checking into my guesthouse, I took a boat trip with guide Nazario Williams. As we sailed past tranquil coves and near-empty beaches peppered with palm trees and the occasional rum shack, he told me about the island’s history. Initially a base for Dutch pirates, Williams explained, Providencia became one of England’s first colonies, when a group of Puritan settlers arrived on the Seaflower ship in 1631.

On the surface, this isolated speck of an island looks like an unlikely choice for a settlement. Yet to the wealthy Puritans who backed the project, Providencia’s fertile soils appeared far better suited to growing valuable crops such as cotton than Plymouth, Massachusetts, where another group of Puritan settlers travelling on the Mayflower, a “sister ship” (a vessel of the same class) of the Seaflower, had landed 11 years earlier – and whose famous voyage is celebrating its 400th anniversary this year.

The island’s strategic position in the Caribbean between Central and South America – ideal for conducting privateering raids against the ships of the Spanish Empire, which was both Catholic and a bitter rival of England at the time – also made it an alluring prize. “If England was to build a mighty empire, the defenders of ‘the true religion’ would first have to cut off the flow of [Latin] American gold to the King of Spain’s coffers. Robbery and righteousness, greed and godliness, were bound together in the imperial venture,” writes Tom Feiling in The Island that Disappeared.

But the colony struggled with droughts, lacklustre harvests and labour shortages, as well as Spanish attacks. Over time, the settlers turned from indentured servants from Britain to slavery, with hundreds of enslaved people from Africa brought to the island. According to historian Carrie Gibson, author of Empire’s Crossroads, Providencia was later the site of the first rebellion by enslaved people in a British colony. Eventually, in 1641, another Spanish raid finished the colony off for good. Spanish rule, however, was similarly short-lived. “They were attacked by English, Dutch and French pirates. The most famous was Captain Henry Morgan,” said Williams. 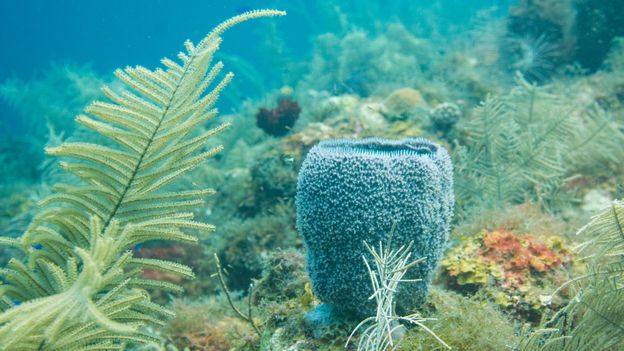 A sea of seven colours

We sailed past hamlets of pastel-shaded houses with hammock-strung verandas and luxuriant gardens, often set around a simple church. Rugged green hills rose behind them, their slopes thick with orange, mango, guava, soursop and cotton trees. Beyond the site of New Westminster, founded in 1631 and now called Old Town, was Santa Isabel, the largest of the island’s seven villages and home to a handful of municipal buildings, shops, cafes and churches.

Later we called in at Crab Cay, a rocky islet in the heart of the Old Providence McBean Lagoon National Natural Park, which protects an area of tropical dry forests, mangroves, coral reefs and seagrass beds on the north-east coast. A short, steep trail through a thicket of palm trees led me to a naturally formed cairn of boulders. As frigate birds – one of 150 avian species found in the park – flew overhead, I looked across at the Old Providence Barrier Reef, which I’d spotted earlier that morning from the plane. Spanning 255 sq km and pulsing with marine life, the reef system varies widely in depth, which turns the water multiple hues of blue and green. These navy slashes, turquoise swirls and azure puddles – to name just a few of the shades – have given rise to the “sea of seven colours” nickname.

The diving and snorkelling off Crab Cay are predictably excellent, though at around 25C the water is warm enough to lull you into stupor. Within moments of submerging, turtles, octopuses and shoals of minute blue and yellow fish appeared, as well as forests of anemones, constellations of starfish and clusters of brain-like coral. In the late afternoon, Williams dropped me off at Southwest Bay, Providencia’s prettiest beach and site of a raucous weekly horserace. I settled down at an open-side restaurant on the sand for a plate of rondón, a coconut-scented stew of conch, pig tails, fish fillets, yam, breadfruit and cassava so hearty that afterwards attempting to get up let alone walk felt a Herculean task.

In search of Captain Morgan

The next morning, I caught a lift on the back of a scooter – the island’s main form of transport – to Santa Isabel to explore Providencia’s piratical history. Mentioned in Robert Louis Stevenson’s Treasure Island, Providencia’s most famous pirate link is with Captain Morgan, whose band of buccaneers attacked the island’s Spanish rulers in the 1660s. In 1670, they established a base on Providencia and used it to launch a daring raid on Panama.

According to legend, the Welsh pirate – who later in life became a slave owner, was knighted and was appointed lieutenant governor of Jamaica – stashed some treasure on the small isle of Santa Catalina, known locally as Ketlina and now linked to Santa Isabel by a rickety pontoon bridge. I followed a path along Santa Catalina’s south-west coast, which is fringed with tangled mangroves rustling with unseen creatures.

Midway along, a chunky iguana crashed across a bungalow’s corrugated-iron roof pursued by the broom-wielding homeowner. After 10 minutes, I reached a rusty old cannon that looked as if it had been dredged from the bottom of the sea. Known as Morgan’s Cannon, it marks the spot that Spanish soldiers once executed pirates and Puritans.

At the southern end of Santa Catalina, beyond a “Me Ketlina” sign, the Big Mama Sweet Taste snack shop, and an empty rum bar pumping out Damian Marley, a flight of steps led to a vantage spot overlooking the harbour. There I found the remains of Fort Warwick, built by the Puritans on the site of a former Dutch pirate base, and later captured by the Spanish. Only the formidable walls of volcanic rock have survived, but it remains an evocative spot. Below, on Fort Beach, is the semi-submerged entrance to Morgan’s Cave. According to legend, this was where the legendary pirate hid his loot – though the presence of a sign pointing out the cave’s location suggested the treasure, had it ever been present, was now long gone.

At the far end of the cove, a dirt track wound up into a forest. Clambering over fallen trees, scattering lime-green lizards in the process, I followed the trail until I reached a clearing where a bulbous chunk of rock was perched precariously on a cliff edge. The landmark is known as Morgan’s Head because of its supposed resemblance to the pirate; the patchy tufts of greenery on its top reminded me more of a balding punk. Further on was a ruined villa rumoured to have been owned by one of Morgan’s latter-day counterparts, Pablo Escobar. 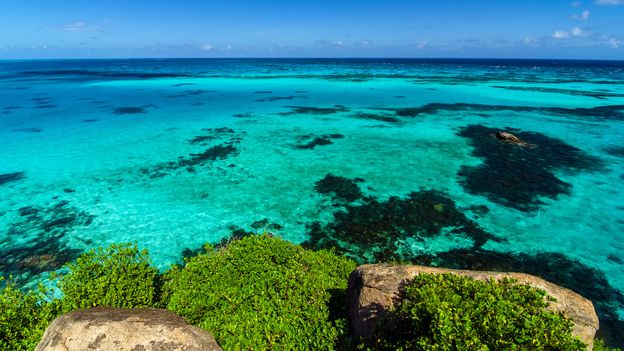 Beyond Puritans and pirates

Providencia was eventually abandoned by pirates in the 1680s and is thought to have remained unoccupied for more than 100 years. It was only reoccupied in 1789, when a white Jamaican plantation owner arrived with a small group of enslaved people from Africa (slavery was officially abolished in 1851). Other European and Caribbean settlers followed, along with Anglo-Miskito people from the Central American coast.

Nicaragua attempted to lay claim to Providencia but eventually recognised Colombia’s sovereignty over the island in a 1928 treaty (though the dispute continues to flare up from time to time). Since then, Providencia has remained on the fringes of national life in Colombia, largely ignored by the government in Bogotá.

Today, although it looks idyllic, the island faces challenges. Health and education services are limited, many young people have left to study or work elsewhere, and the climate crisis is fuelling coastal erosion. But there are also reasons to be optimistic. Awareness of Providencia’s distinct culture is growing, thanks to the 2017 release of two films set on the island: Bad Lucky Goat, the first to be shot in the local Creole language, and Keyla, whose cast is made up almost entirely of Providencia residents. A project to restore damaged sections of the San Andrés-Providencia reef system is also underway; and though visitor numbers were slowly increasing before the Covid-19 pandemic, the island’s remoteness should help it escape the overtourism that blights much of the Caribbean.

The Puritans and pirates may have departed, but Providencia remains, as it ever was, an island of promise.