BNP leaders should resign for failing in movement, polls: Quader 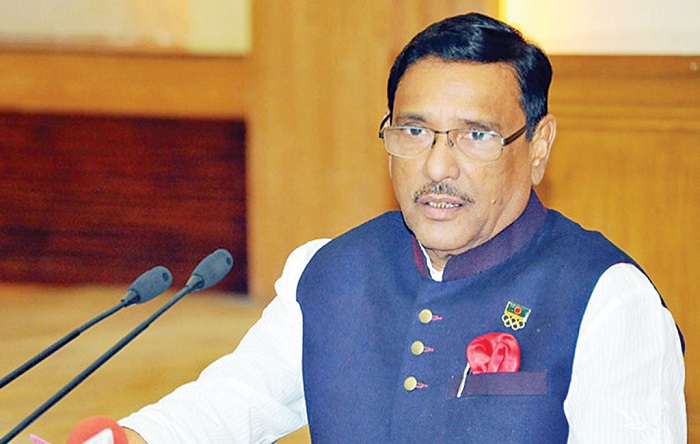 Awami League General Secretary and Road Transport and Bridges Minister Obaidul Quader said on Tuesday the BNP leaders should resign from their posts for failing in movement and polls in the last 12 years.

“None witnessed such a failed opposition party (like BNP) in the history of Bangladesh. So, the BNP leadership should resign for their failure in movement and polls before demanding government’s resignation,” he told a virtual press conference on contemporary issues from his official residence on parliament premises.

Quader said without getting any issue, BNP cannot make a call for movement and that is why they are making such an irrelevant demand of the government’s resignation.

He said BNP did not give polling agents in the by-elections and kept themselves away from other activities to make the election questionable and this is their old strategy.

The minister said BNP is not firm on any issue and so, sometimes they are demanding interim parliament polls and sometimes fresh elections which is very irreverent and illogical.

About repression of women, the minister said the government has a very strong stance against all kinds of repression against women, including rape and the relevant law has been amended keeping death sentence as the highest punishment for rape.

He called for building social resistance against such heinous crimes and stopping giving any political shelter to these criminals.