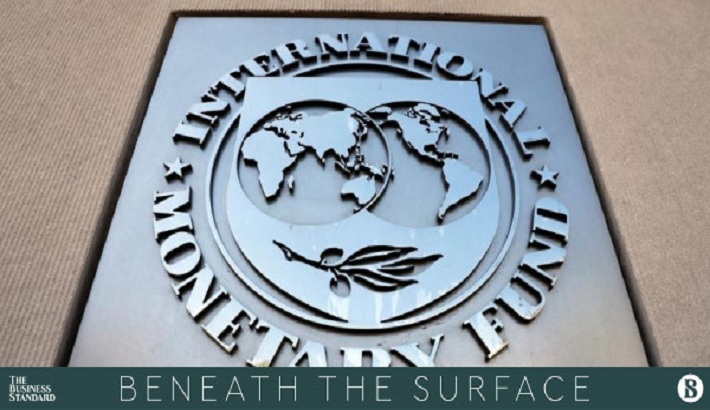 As the International Monetary Fund (IMF) projects a higher growth trend for Bangladesh, India applauds its friendly neighbouring nation on achieving such a large proportion of many of its important development commitments.

According to IMF’s latest World Economic Outlook (WEO) released on October 13, Bangladesh has overtaken Indian in GDP per capita. This is for the first time Bangladesh’s per capita GDP will exceed that of India.

The findings of the report created quite a stir in and of itself, especially in India. Many Indian leading commentators have attempted to decode the IMF’s projections from all sorts of angles.

What does the report say? In short, it notes that due to the ongoing global economic slowdown, primarily the result of the COVID-19 pandemic, the report predicts an overall decline for almost all major economies.

The projections by the IMF anticipate a 10 per cent fall in India’s per capita GDP from US $2100 to $1877 while Bangladesh is expected to see a 4 per cent rise in its per capita GDP, which would rise to $1888.

This is an extremely major development for Bangladesh, making the nation the third richest country in South Asia after Sri Lanka and Maldives, and a development the broad majority of Indian commentators have warmly welcomed.

The report that showed Bangladesh closing in on India has been a major point of discussion and debate in the Indian commentary circuit. While the contraction of its economy is definitely a matter of concern for India, Indians have however not shied away from warmly applauding Bangladesh’s economic and social achievements over the last decade.

Acknowledging that Bangladesh has been setting new benchmarks in a number of areas, be it economy, social indicators or sports, the Indian Prime Minister had earlier this year praised the country for making unprecedented progress in fields like skill, education, health, women empowerment and microfinance.

In July of 2020, speaking on the occasion of handling over 10 broad gauge locomotives to Bangladesh, India’s External Affairs Minister Subrahmanyam Jaishankar also lauded Bangladesh’s transformative growth across all socio-economic indicators.

Bangladesh’s other indicators are even more impressive. Their fertility rate was higher than Pakistan during independence, now it’s lower than even India’s. Their family planning drive and inclusion of women in the workforce have been major reasons for the country progressing very effectively for the last 2 decades, but especially since 2009.

Any emerging economy doing well is good news, but as many Indians pointed out, for this to happen in Bangladesh is particularly great news for India.

As Indian sees it, with a clear set of priorities being defined by Prime Minister Sheikh Hasina, Bangladesh was able to ensure that such growth would be coming its way, according to Kaushik Basu, an Indian economist who was the Chief Economist at the World Bank till 2016.

In another opinion column published by eminent journalist Swati Narayan, a popular Indian commentator, speaks highly of Bangladesh’s development priorities in the last decade. On a range of social development indicator, from infant mortality to immunisation, from women inclusion in the economy to basic health and nutrition Bangladesh has been a trendsetter.

In the case of Bangladesh, the most prominent factor has been the country’s ability to dissolve inequalities through sustained investment in public services and the bridging of social and gender gaps.

Though this year had been off to a rocky start for India, one must avoid the error of looking at India’s economy from one large brush of the GDP forecast. Many sectors in India have seen a remarkable green shoots, as depicted in the SBI macro indicators.

Further, the off-take in rural consumption is much larger than the urban consumption and the sale for two-wheelers and tractors have also seen exponential growth.

IMF had earlier this year praised India for implementing important reforms including the introduction of goods and services tax (GST), inflation targeting and Insolvency and Bankruptcy Code.

Despite all impediments, the Indian government has taken several measures to revive its economy and to return to a high growth trajectory. Compared to many other developing countries, India has several strengths that can help mitigate the adverse effects of the Covid-19 induced slowdown.

One must be certain about India’s potential and its ability to swiftly shift gears to the next level of accelerated growth.