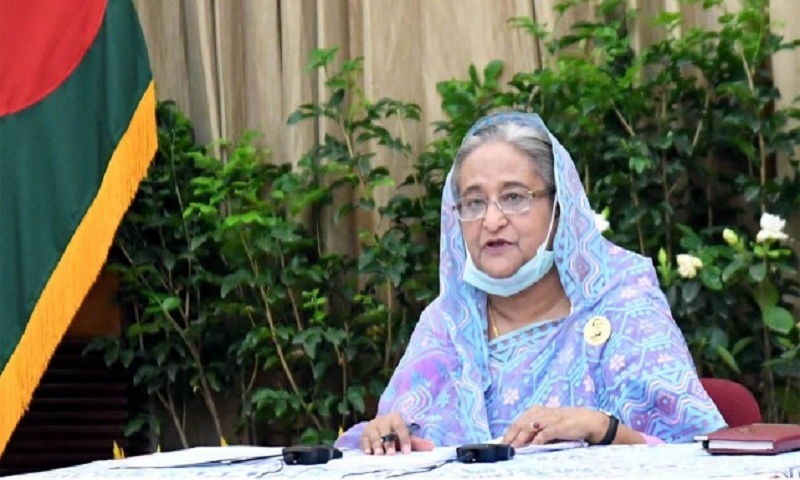 In a bid to attract local and foreign direct investment in the economic zones, Prime Minister Sheikh Hasina has directed the authorities concerned to prepare a competitive investment incentive packages including a favourable corporate tax system.

The premier also asked the Prime Minister's Principal Secretary Dr Ahmad Kaikaus to discuss the issue with the stakeholders and submit a set of recommendations within the current month.

At the seventh governing board meeting of Bangladesh Economic Zones Authority (BEZA) that held recently, Prime Minister made the directives to tap the potential of the economic zone model.

Various sources said that tax and VAT rate for industrial units are quite lower in other competitive countries like Thailand, Indonesia, Vietnam and India.

According to the Prime Minister’s Office meeting's minutes, Bangladesh's position is higher than its competitor countries like India, Thailand, Indonesia, and Vietnam in the World Bank Ease of Doing Business-2020 Index. Bangladesh has also been praised in the world economic labour index. India has allocated huge land for attracting foreign investors during Covid-19 pandemic. Its corporate tax has also been reduced to 22 per cent from 30 per cent and the tax 17 per cent in the event of establishing new industries. Besides, the corporate income tax and VAT here is higher than Thailand, Indonesia, and Vietnam, according to the minutes.

As the issue floated at the governing board meeting of BEZA, the prime minister has listened to the views of National Board of Revenue Chairman (NBR) Abu Hena Md. Rahmatul Muneem.

The NBR chairman said new decisions might be taken through considering whether the incentive package creates uneven competition among other entrepreneurs.

He also said although competitive countries impose low corporate tax for investors, they have other tax and VAT on the investment.

“Attracting Foreign Investment including relocation is very much important. It is required to assess and review what types of facilities should be given to the investors in economic zones by comparing other countries’ facilities,” said the prime minister at the meeting.

In the line with prime minister’s directive, NBR is taking immediate steps to formulate a comprehensive strategy and future action plan to attract investors to Bangladesh as part of the trend of the global shift of companies, particularly from China in the wake of the Covid-19 pandemic.

NBR has formed a high-powered committee to provide recommendations to the government for attracting Foreign Direct Investment (FDI) to Bangladesh amid the present global trend of the relocation of FDI, mainly from China.

Finance Minister AHM Mustafa Kamal eased the burden on the taxpayers in the last budget due to Covid-19 pandemic.

The Bangladesh Economic Zones Authority (BEZA), the agency implementing the government’s plan to establish 100 economic zones across the country, has already received investment proposals of around $20 billion from local and international investors.

It is developing 100 economic zones across the country to host $40 billion investment and generate 10 million jobs.

Prime Minister’s Principal Secretary Dr Ahmad Kaikaus told the Daily Sun, “We are working to prepare the recommendations of the incentive packages to grab a chunk of investment in EZ.”

He said the PMO is analysing and comparing the benefits of tax and duties with other countries.

Japan has already informed us that they are relocating their investment to ASEAN countries, according to him.

“But, we proposed them to invest here with the theme of ASEAN Plus investment,” according to the principal secretary.

“I have just told you that Bangladesh tax and duty structure policy is the best compared to other neighbouring countries,” he claimed.

Investors will start getting the benefit of the government efforts soon, he said.

“We urge the government to withdraw the imposed VAT on leased land and raw materials and machinery import for the investors in economic zones. It will encourage the investors and increase investment in the country,” said Ashraful Haq Chowdhury

As the investors have been facing challenges towards industrial development due to the Covid-19, he also suggested providing special incentives, bank loan at lower rates and other facilities to the investors.