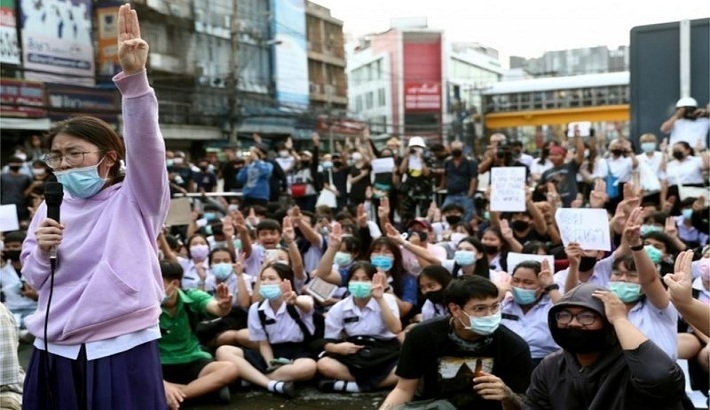 Thai authorities are reported to have ordered internet providers to block the Telegram messaging app, which has been used by anti-government protesters.

A leaked document outlining the plans was shared on social media.

Pro-democracy activists have held months of protests calling for the resignation of the prime minister and curbs on the powers of the monarchy.

Members of the student-led movement have gathered in defiance of an order banning protests and want Prime Minister Prayuth Chan-ocha - a former army chief who seized power in a 2014 coup - to resign.

Their demands for reform have since grown to include questioning the role of the monarchy, an institution long seen as sacred in Thailand.

Authorities have failed to curb the rallies since they issued an emergency order on Thursday, with protesters still gathering daily, largely peacefully, in Bangkok and other parts of the country, BBC reported.