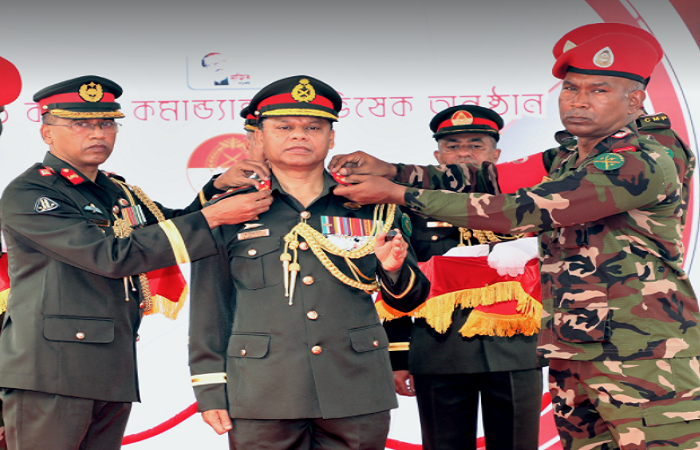 Lt Gen S M Shafiuddin Ahmed, General Officer Commanding (GOC) of Army Training and Doctrine Command (ARTDOC) at the headquarters, has been decorated as the as the 6th Colonel Commandant.

He then delivered his valuable speech to all those present at the event.
At the outset of his speech, he paid homage to Father of the Nation Bangabandhu Sheikh Mujibur Rahman, under whose single leadership our great liberation struggle began.

At the same time, he commemorated all the heroic freedom fighters, including the valiant fighters of the Military Police Corps who sacrificed their lives in the war of liberation in 1971.

In his speech, he gave various exhortations on the importance of the Military Police Corps in maintaining order and security in the army.

According to the custom of the army, a senior officer is inaugurated with the title of ‘Colonel Commandant’ in the seat of patriarchal guardian with deep and sincere respect to him.

The ceremony was attended by senior military officers of the Army and all the commanders and members of the Military Police Unit.