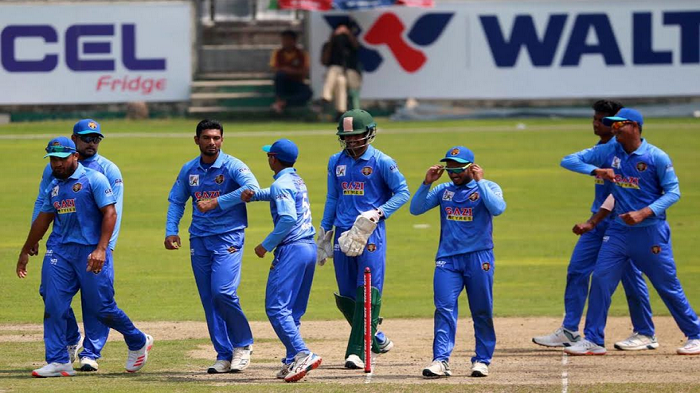 DPDCL, which is also known as Dhaka League, had started right before the deadly outbreak of Covid-19 in March this year. But after six matches, the league was postponed indefinitely due to the Covid-19.

“I don’t think it’s possible to resume the league this year. We are already committed to hosting a T20 league after the ongoing BCB President’s Cup. If we start it in November, it’ll end in late December. So it’s not possible to resume Dhaka League this year. I think we may be able to host Dhaka League after January 10 next year,” Khaled Mahmud told in a recent media interaction.

He said the biggest problem of resuming the Dhaka League is the accommodation of at least 250 people in a bio-secure environment so that they can’t get exposed to the deadly virus.

“The biggest question is where we can host at least 250 people. We have talked to BKSP. It’s an option. We have talked about Cox's Bazar as well. We have to take the decision of the clubs too because they are also the stakeholders. However, still, we are discussing hosting DPDCL,” he added.

The West Indies are scheduled to tour Bangladesh early next year to play a full series. The series might conflict with the Dhaka League. But Khaled Mahmud said it won’t be a problem.

“The international series will go as planned and the domestic cricket will follow their schedule. This is what happens everywhere in the world. If the clubs say that they won’t play without their main players who are the members of the national team, we might need to host Dhaka League after the West Indies series,” Khaled Mahmud further told the media.

Currently, a three-team one-day event is taking place as a step of breaking the Covid-19 deadlock. Along with the national team players, most of the Under-19 World Cup-winning members and the members of the High-performance Unit are playing in this event.

After this event, a five-team T20 league will take place. The teams will be announced soon as Khaled Mahmud has confirmed. All the participating players will be accommodated by the BCB in a bio-secure environment. However, the details about the T20 league are yet to be revealed by the board.