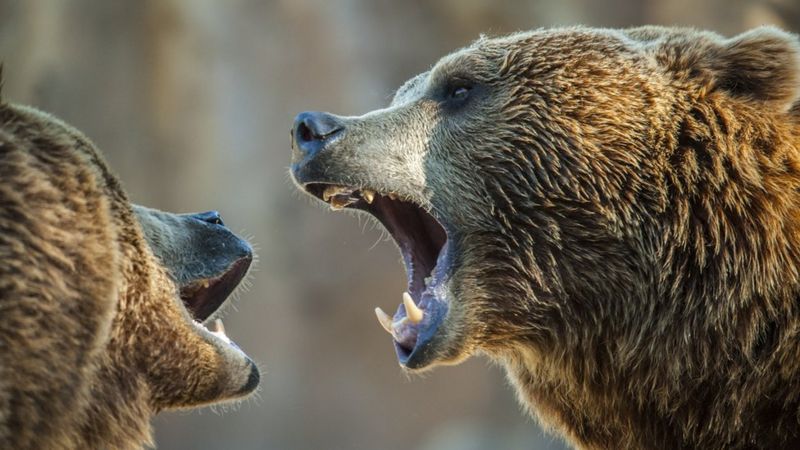 A Chinese animal park has promised to improve safety after one of its workers was fatally attacked by bears in front of a tourist bus.

The accident at the Shanghai Wildlife Park took place on Saturday in the zoo's "wild beast area".

Video reportedly of the incident, which was shared on social media, shows a group of tourists yelling as they watch the bears from inside a bus.

The park has expressed its condolences to the worker's family.

In a statement on its website, the Shanghai Wildlife Park said it was "extremely distressed that such a tragedy occurred", adding that it also "apologised to tourists for any inconvenience caused".

The park says it is currently looking into the incident, would improve its safety management and "do our best to handle the aftermath of the incident".

It has since temporarily closed the wild beast area, refunded tickets for visitors and "strengthened its safety operations".

The video, circulating on China's Weibo, shows tourists yelling as they sit inside a bus, while several bears can be seen gathered outside, crowded in one spot.

The area is only accessible to visitors by bus, with footage on social media site Weibo showing how animals are allowed to roam freely.

In the video, a man can be heard exclaiming "there's someone [there]", while someone else is heard asking "what's going on?".

The video quickly went viral and stirred debate about the existence of zoos.

Some argued that the bears were only acting as any wild animal would, proposing the only solution to eradicate such accidents was to "just close zoos... let animals be free".

Others condemned the zoo's lack of safety measures, and expressed sympathy for the tourists that witnessed the accident, saying they would be "deeply traumatised".

It is rare for zoo workers in China to be mauled to death by animals, but attacks are not entirely uncommon - although in most of these cases, these accidents are allegedly brought on by the visitors themselves.

In 2017, a man was bitten by a bear in a drive-through wildlife park in China after he ignored park warnings and rolled down his window to feed the bear.