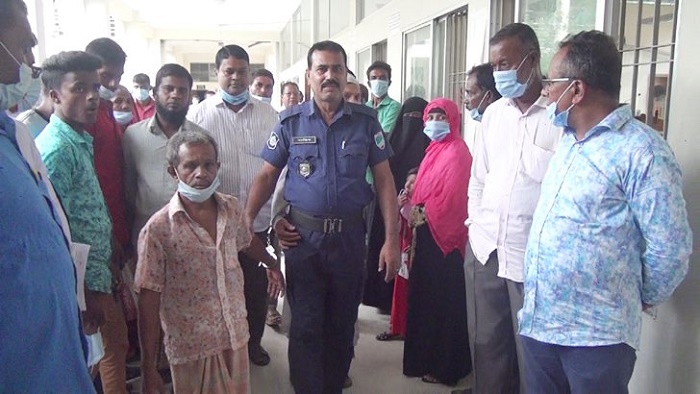 A court in Bagerhat on Monday sentenced a man to life term imprisonment within seven working days after framing of charges in a case filed for raping a minor girl in October this year.

The convict is identified as Abdul Mannan Sarder, 50, a resident of Makordong village in Mongla upazila.

The court also fined him Tk 20,000 and he will have to serve one year more imprisonment if he fails to pay the money.

The court framed charges on October 13 after police submitted a chargesheet on October 11.

The judge on Sunday heard the arguments of the lawyers from both sides -- the plaintiff and the defendant -- in the case.

The court then fixed Monday (October 19) for announcing the verdict.

According to the case statement, Abdul Mannan Sardar called a seven-year-old girl to his house on October 3 alluring her with a promise to give biscuits and then raped her.

Later, the girl’s uncle filed a case against Abdul Mannan with Mongla Police Station under the Women and Children Repression Prevention Act.

Station sub-inspector of Mongla Police Biswajit Mukherjee, who is also the investigating officer of the case, submitted a chargesheet against Abdul Mannan on October 11.