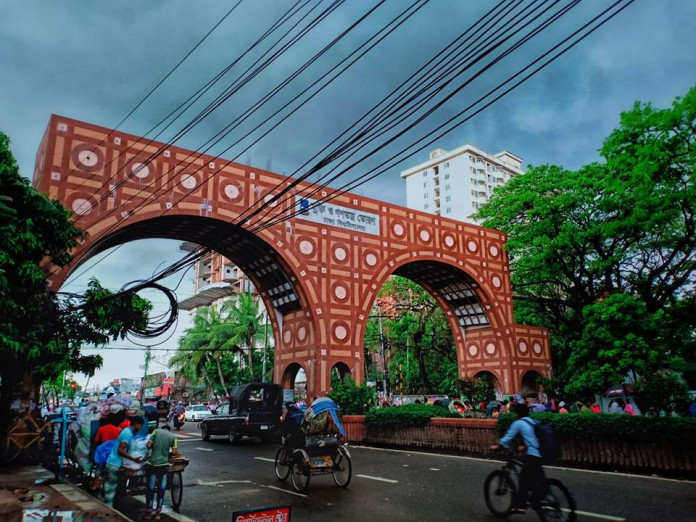 Dhaka University (DU) campus and its adjacent areas have turned into a safe haven for drug addicts and dealers amid closure of the country’s premier educational institution due to the coronavirus pandemic.

Sources said taking and selling drugs are nothing new on DU campus and its adjoining areas but such activities have increased recently, as the university remains closed for a long time amid the virus outbreak.

Although the DU authorities have handed over a total of 16 people to Shahbagh Police Station on drug related charges in the last one month, taking and selling drugs continue in full swing on the campus.

According to sources, as soon as the night falls, the university areas, especially Shaheed Minar, Suhrawardy Udyan, Palashi, Curzon Hall and some spots of TSC, turn into a safe haven for junkies and drug peddlers. Deadly drugs like yaba, liquor, heroin and marijuana are available at different spots on the campus at night. Students and pedestrians said they feel embarrassed for these activities.

Rakibul Hasan, a fourth-year student of DU, said, "Marijuana, yaba and liquor are taken openly in TSC and some other places of the campus. But we can't say anything. The authorities need to take strict action against such acts."

Besides, taking drugs is rampant in residential halls of the university. The addicts take drugs in groups on the rooftops and in the rooms of the dormitories while the campus is open.

Seeking anonymity, a residential student of Sergeant Zahurul Haq Hall said, "When the university was open, liquor or marijuana was taken in groups on the roof of our residential building at night. Student leaders from different halls took part in such activities."

As the authorities concerned are not taking any effective step against such acts, many freshers are addicted to various drugs, students alleged.

According to sources, there are several types of people involved in drug dealing on the campus. Among them, some dishonest employees of the university are involved in this business.

This correspondent also learned that some individuals and mobile shops, hawkers and rickshaw-pullers are also involved in drug peddling. There are some former and current students of the university involved in this illegal activity as well.

“Many of the drug addicts and dealers are involved in politics. They have been taking drugs and doing business without any hindrance in campus area. We, the general students, don’t dare to say anything even after seeing all these things,” said Abdullah Al Mahmud, a third-year student of the university.

The university administration said they are keeping a close watch on the issue and have taken a zero tolerance policy to eradicate drugs from the campus.

DU Proctor Prof AKM Golam Rabbani said carrying and selling of any kind of drugs on campus is totally prohibited.

“I have also received a call from the Prime Minister’s Office regarding drug control. Our expectation is an education-friendly environment on the campus. So we want drug addicts and peddlers not to use our campus. Our position against drugs is zero tolerance,” he said.

Terming drug addiction ‘a social disorder’, Prof Rabbani said, "We have to build resistance against drugs socially. Sincerity is needed in this regard."