33rd span of Padma Bridge to be installed today 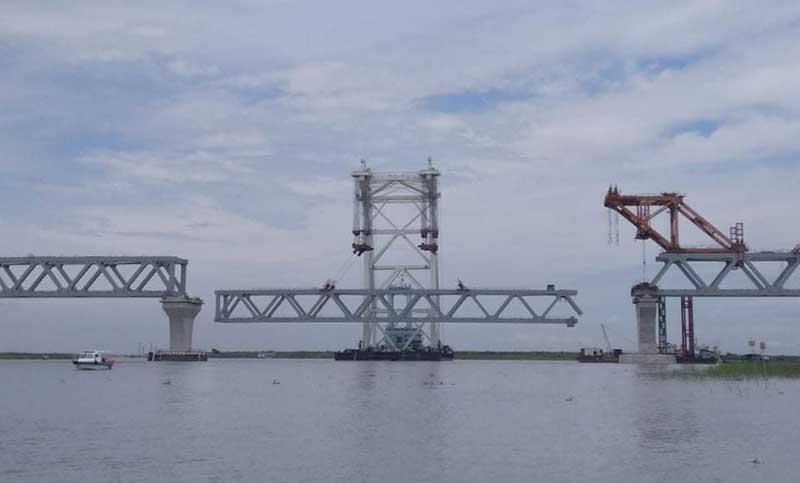 The 33rd span of the 6.15-kilometre long Padma Bridge would be installed on the 3rd and 4th pillars at Mawa point in Louhoganj on Monday.

With the installation of the pillar, 4,950 meters of the bridge will be visible.

A floating crane with the 33rd span named One-C left Mawa Construction Yard on Monday morning. The engineers will place the span on the designated pillars at any time of the day, said Dewan Md Abdul Kader, project manager (main bridge).

Earlier, the 32nd span of Padma Bridge was installed on October 11.

According to the Padma Bridge authorities, the 6.15km-long bridge with a total of 41 spans will become visible in December and the entire Padma Bridge will be seen by the beginning of 2021.

The Padma Bridge is the largest construction infrastructure since the independence of Bangladesh, which was initiated Prime Minister Sheikh Hasina. The construction work began in December, 2014 with own fund.

The construction of the main bridge is being made by China Major Bridge Engineering Company (MBEC), a Chinese contractor Company, and the river management is being done by Sino Hydro Corporation of China.

The 6.15 km long bridge will have two segments over which road and railways will be set up.