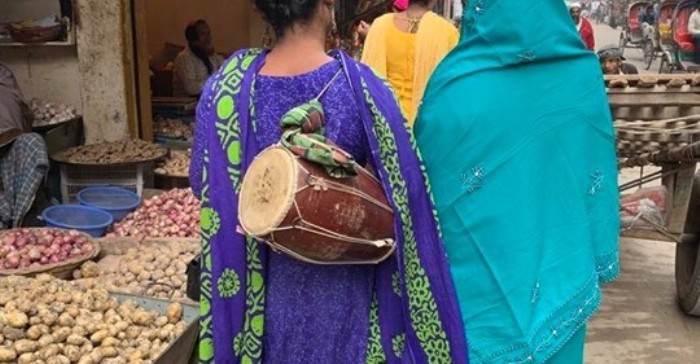 Transgender community members are struggling to survive as their income fell drastically in the wake of the pandemic.

In the recent study by Bandhu Social Welfare Society, researchers mentioned around 70 percent of the transgender population has borrowed money only to make their ends meet.

In Rohingya camps, the average age of all eight respondents was 24 years who became unemployed due to pandemic.

Regarding the coronavirus infection, around 71 percent of transgender population didn’t go to hospital for treatment while 41 percent thinks that the disease is curable at home. Of them, only 26 percent communicated with each other to seek medical advice over phone.

The government and development agencies have been providing aid for transgender community, however, around 41 percent respondents claimed that they faced discrimination during receiving aid while 36 percent stated that they were ‘verbally abused’ in the society.

This marginal community has always faced extreme social stigma, discrimination, isolation and separation within the society. Through further discussion, they mentioned that they are not getting sufficient assistance from the public.

“When I stood in the queue, people were laughing at me. We came to know about coronavirus through neighbours and NGOs,” said a transgender girl, requesting not to be named.

She also urged the government to direct the financial institutes to bring the community under banking services as part of a policy for the marginal group of the society.

Community members also mentioned that around 80 percent of them took less food while 75 percent claimed that they were running out of food.

Regarding the rehabilitation of transgender community, National Human Rights Commission (NHRC) former Chairman Kazi Reazul Hoque mentioned that the transgender communities are struggling for identification though the government recognised them as third gender.

“There are allowances for transgender communities. However, the beneficiaries are hardly defined due to lack of data. Besides, the traditional process of identification of transgender at hospitals is shameful indeed,” Hoque told daily sun.

Hoque, who appointed two trans women in officer rank at NHRC, said “The government should direct all public and private organisations to appoint transgender people as they are decent and capable to work at any level. Trans-women are struggling to survive as they are detached from families.”

NHRC incumbent Chairperson Nasima Begum mentioned that the transgender communities are mostly not interested in being rehabilitated though the government has different programmes for them.

“We have a thematic committee on transgender issue. Recently, we discussed their sufferings and challenges facing the transgender community amid pandemic.  We formulated guidelines on transgender first before India and Pakistan. Now, we are about to enact a law for protection of the community,” Nasima Begum told daily sun.

There is no specific data to the government and development agencies as National Human Rights Commission is working with the Department of Statistics to include the community in census 2021.

Rights activists mentioned that around 10 thousands members of transgender community are connected to different activities.