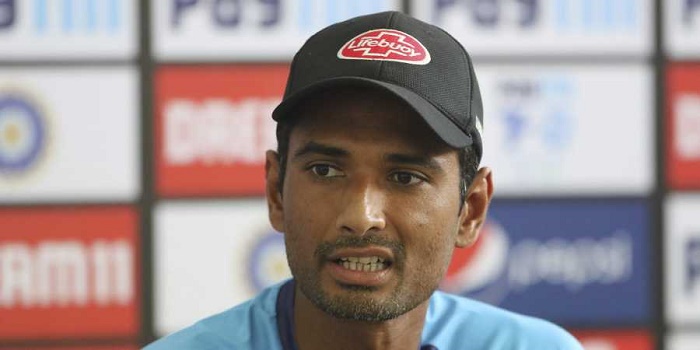 Mahmudullah XI skipper Mahmudullah insisted that they still have a chance in the ongoing BCB President’s Cup despite their back is against the wall ahead of their do-or-die match against Tamim XI at the Sher-e-Bangla National Cricket Stadium on Monday.

Mahmudullah XI must win against Tamim XI to stay alive in the tournament as a loss will be enough for them to go out of the competition as they earned only one win in the three games they played.

On the other hand Nazmul XI is leading at the top with two win from three games while Tamim XI managed to earn a win from the two games they played so far.

“We still have a chance,” Mahmudullah was quoted in the post match presentation after losing to Nazmul XI by 131 runs at SBNS on October 17.

“The goal is to do well in the next match because I don’t think we are playing as a unit,” he said adding that he is not ready to give extra pressure to his team mates by looking too far ahead- final.

“I think we should not think of the final instead we should think why we are unable to play as a unit. I think the upcoming matches are important for playing in the final,” he said.

While Mahmudullah XI opted not to train ahead of the crucial encounter, Tamim XI made sure not lose their focus and momentum after earning their only win in their last  match against table toppers Nazmul XI.

Tamim, who is yet to flourish with the willow in the tournament, hit some huge sixes while batting in the net that is placed around the center wicket, to gain some confidence ahead of the game.

The only bad news for Tamim XI is that they will not have the service of young leg-spinner Minhajul Abedin as he sustained injury in the opening game and likely to be ruled out of the tournament.

The Under-19 World Cup winning left-arm pace bowler Shoriful Islam, who is considered to be one of the find in competition by bowling brilliantly for his Tamim XI picking four wickets, said that they are aware that a win will pave their way to the final.

“Tomorrow’s match is very important because if we win we may go into the final and if we don’t than we cannot say what will happen in the next game. So tomorrow’s match is the main game for us,” said Shoriful after the practice adding that seniors are helping him a lot in the dressing room.

Tamim bhai tells me lots of things while bowling (in the match) or in the nets,” he said.

“Mustafiz bhai is in our team and I ask him lot of questions and in reply he teaches and explains everything beautifully. I also questions Saifuddin bhai a lot as I try to know the weakness of batsmen. It’s nice to share everything with them because when I ask them something they let me understand it,” he said.