Kings stands by Sumaiya to fulfil her dreams 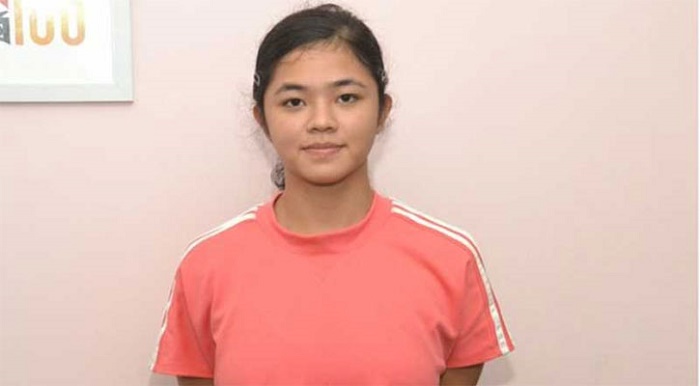 Bashundhara Kings is supporting the country’s freestyle football talent Matsushima Sumaiya to fulfill her dream to play football in the national team.

The 19-year-old Sumaiya met with BFF Technical Director Paul Thomas Smalley and women’s football team head coach Golam Rabbani Choton at BFF house earlier this month. The federation invited her to take part in the next trail for the national team in the coming days.

Club’s Marketing and Media Manager Ahmed Shaaek said that they hadn’t signed her yet. “She (Matsushima Sumaiya) joined our women camp, but we didn’t sign her. She is now under our observation. If she proves her worth in practices, we will sign her,” Shaaek added.

Sumaiya was born in Japan with her mother’s surname ‘Matsushima’. Her mother Matsushima Tamomi is Japanese while her father is Masudur Rahman Bangladeshi. Sumaiya came to Bangladesh at the age of two.

She has been studying at A-level in the city’s Sea Breeze International School. She formed a football team in her school and led it in the inter-english medium school festival held in 2018. Her side for the first time emerged champions there. Sumaiya, who played as a midfielder in the team, became the best player, top scorer and best defender of that competition. She is now playing in IMC Sporting Academy.

Last year, she got injured in ligaments. Doctors suggested her not to play football again, but Sumaiya didn't leave playing football. She has been practicing football on the pitch for three to four hours daily amid COVID-19. Sumaiya dreams of representing Bangladesh as a footballer.