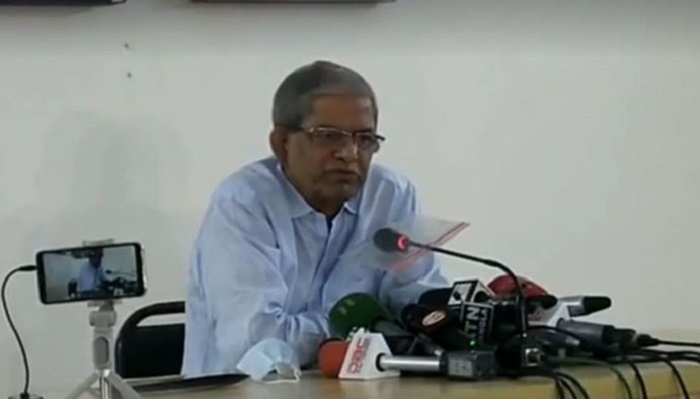 Protest rally will be held in cities and districts of the country on October 19 while in thanas-upazilas on October 20.

The decision taken in the standing committee’s virtual meeting presided over by BNP’s acting chairman Tarique Rahman on Saturday was highlighted in the press briefing.

Mirza Fakhrul Islam Alamgir brought allegation of vote rigging of the ruling party and administration of the government in the by polls to Pabna-4, Dhaka-5 and Naogaon-6.