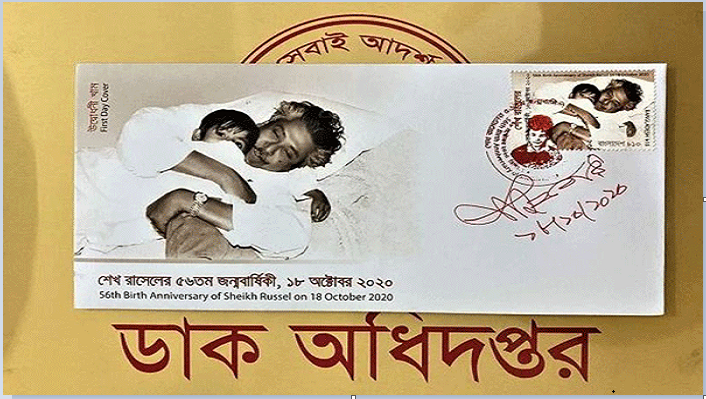 The Directorate of Posts on Sunday released a commemorative postage stamp marking the 56th birth anniversary of Sheikh Russel, the youngest son of Father of the Nation Bangabandhu Sheikh Mujibur Rahman.

Posts, Telecommunications and Information Technology Minister Mustafa Jabbar inaugurated the stamp worth Tk 10 at a programme.

He also unveiled an envelope worth Tk 10 and a data card worth Tk 5.

Initially, the postage stamp and envelope will be available at the Philatelic Bureau of Dhaka GPO from Sunday and it will be gradually made available in all GPO’s across the country.

Russel, the youngest brother of Prime Minister Sheikh Hasina, was born on October 18, 1964, at the historic Bangabandhu Bhaban at Dhanmondi. He was killed on August 15, 1975, along with most of his family members, including his father Bangabandhu Sheikh Mujibur Rahman.