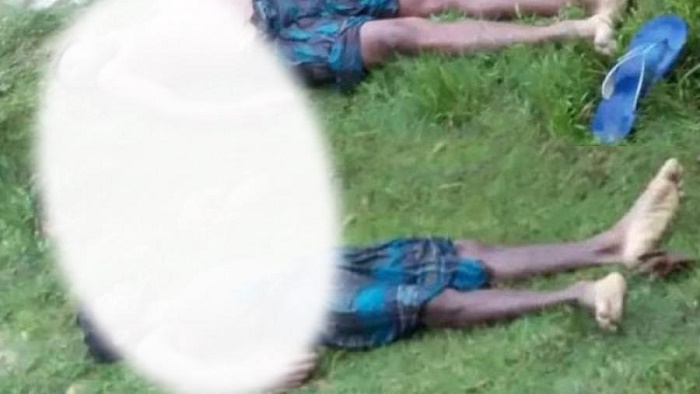 Police have recovered the bodies of two siblings in Kharijkona area in Parshuram border of Feni on Sunday noon.

The deceased were identified as Karim, 28 and his brother Sawpan, 24, sons of Kaladhan Sarker, hailing from Guthuma village of Parshuram upazila.

According to the relatives, that Karim and Swapan went fishing in the border area in the morning.

Shawkat Mahmud, officer-in-charge (OC) of Parshuram Police station, police recovered the two bodies and sent them to the morgue at 1:00 pm. There were no injury marks on the bodies of the victims.

The OC also said police suspected the two brothers died by lightning struck but the matter is being investigated.